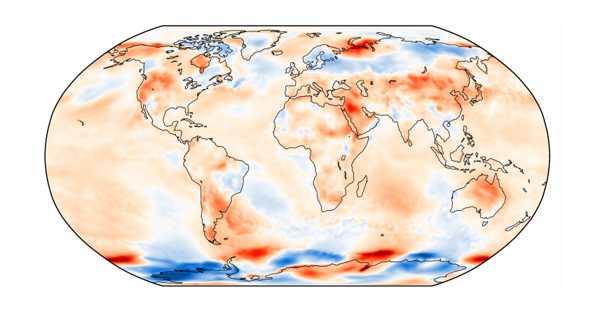 Have you ever wondered why your hot vax summer was the wrong kind of hot? It isn’t just you. In fact, July was the hottest month ever recorded. According to new data released by the National Oceanic and Atmospheric Administration, July 2021 was the hottest month in recorded history (NOAA).

According to The Washington Post, the National Oceanic and Atmospheric Administration (NOAA) announced on Friday that July 2021 will be “Earth’s hottest month in 142 years.” For the month, the land and ocean surface temperatures were 1.67 degrees Fahrenheit higher than the 20th-century average, owing primarily to climate change.

The combined land-and-ocean-surface temperature was 1.67 degrees Fahrenheit (0.93 degrees Celsius) above the 20th-century average, breaking the previous July heat record set in July 2016, July 2019, and July 2020. But, according to NOAA, July 2021 was not only the hottest July ever; it was also the single hottest month since record-keeping began 142 years ago.

July 2021 was officially the hottest month in recorded history. The land and ocean-surface temperature for the month hit 1.67 degrees Fahrenheit more than the 20th century average — a rise driven primarily by climate change.

“First place is the worst place to be in this case,” said Rick Spinrad, administrator of the NOAA, in a statement. “This new record adds to the world’s disturbing and disruptive path set by climate change.”

July temperature anomalies clearly indicate a warming trend over the past century, as shown in the chart below, with the last seven Julys all ranking among the top seven hottest on record. With wildfires raging across Europe and North America as a result of extreme heat and drought, the impact of global warming is currently on display, as other extreme weather events become more common.

According to the NOAA report, the Northern Hemisphere was particularly hot, with land-surface temperatures measuring 2.77 F (1.54 C) above average — a “unprecedented” heat anomaly never seen before.

At least five heat domes descended on different parts of the hemisphere at the same time, resulting in days of stagnant, sweltering heat. Asia experienced its hottest July on record (breaking a previous record set in 2010), while Europe experienced its second-hottest July on record (trailing behind July 2018). Temperatures reached new highs in Turkey, Japan, Ireland, and a number of other countries.

The Northern Hemisphere: the land-surface only temperature was the highest ever recorded for July, at an unprecedented 2.77 degrees F (1.54 degrees C) above average, surpassing the previous record set in 2012.

From Turkey to Tokyo

Last month, heat waves swept across much of the world, breaking records in several countries. During the Olympic games, Japan set a new high temperature record. Meanwhile, the heat had a particularly devastating impact on Turkey, which was also dealing with hellish wildfires that fueled a regional evacuation crisis.

Fires ravaging the West have had a massive impact on the entire country in the United States. Smoke from fires in Oregon and California has been seen as far away as New York City. This announcement, which comes on the heels of the damning UN climate change report, is yet another major red flag that major disasters caused by man-made climate change are here — and they will only get worse unless we do something drastic about it.