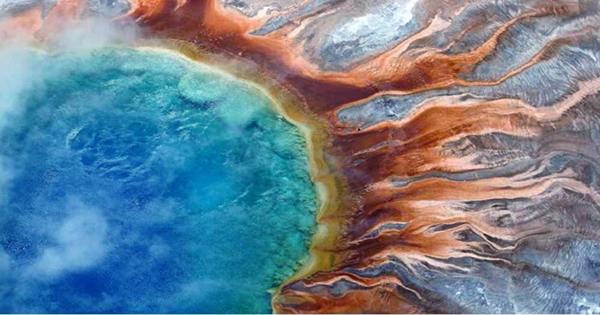 Whether for health or environmental reasons, cutting animal products from our diet is contacting more and more people, so there is a growing appetite for alternative protein sources. Investors like Bill Gates and NASA have put their money where their face is to turn their backs on a company that makes food from fungi from the hot springs in Yellowstone National Park. Mark Kozubal, co-founder of Nature’s Find (originally known as Sustainable Bioproducts), who was also the company’s chief scientific officer, was a PhD student researching mainly on yellowfloods (organisms that can survive in extreme environments) in Yellowstone National Park.

A microbial sample was collected from the heated spring during this project and it eventually became the basis of this new food source. This microorganism is a fungus called Fusarium strain Flalopis (if eating foods made from the fungus makes you sick, you probably shouldn’t look for how very well processed meat is made). While this isn’t the first fungus-based meat substitute – Corn has served their mycoproteins for decades – it’s certainly interesting.

Nature’s Fund claims that their products contain all 20 amino acids and 50 percent more proteins than tofu. This is very effective for people on a vegetarian diet who need to make sure that their diet contains both adequate protein and also contains all the amino acids needed by the human body. The products currently listed on their website are breakfast patties and cream cheese. The company was founded in 2012 and has raised $ 158 million since then. One back is Breakthrough Energy Ventures, a fund led by Bill Gates and investors like Jeff Bezos, Richard Branson and Michael Bloomberg. The agency has also received financial support from NASA, the US Department of Agriculture (USDA) and the US Environmental Protection Agency (EPA).

The agency says it has developed a fermentation method to turn the fungus into a food source “without the need for sun, rain or soil.” They claim that “in just a few days the fibers grow and migrate to form a mat with a texture like muscle fibers.”