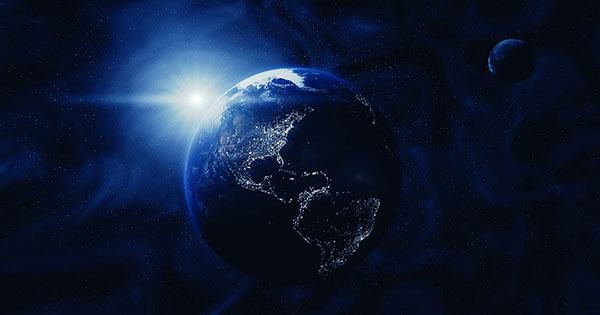 According to fresh evidence, the Earth tilted toward the end of the dinosaurs’ reign before righting itself. It was not as if enormous sauropods suddenly sent sliding. The movement took millions of years. The discoveries in Italy’s Apennine Alps, on the other hand, may put an end to a long-running geological controversy. In theory, the Earth’s outer core liquid composition allows the mantle and crust to slide around it, potentially allowing them to slip huge distances in comparison to the poles. However, unlike magnetic pole migrations, which we know happen even if we do not fully understand why it is considerably more difficult to identify when and whether this has occurred.

Caltech’s Professor Joe Kirshvink looked at magnetic deposits for evidence of the most recently proposed example of such a tip. Kirshvink and co-authors claim not only to have discovered unequivocal indicators of Earth movement but also to have been able to measure the shift at 12 degrees over 4 million years, followed by a reversal, in a paper published in Nature Communications.

True polar wander, as opposed to the movement of the magnetic poles alone, is the adjustment Kirshvink is examining. In a statement, Kirschvink said, “Imagine looking at Earth from space.” “True polar wander would appear to be the Earth leaning to one side, but what’s actually happening is that the planet’s entire rocky shell—the solid mantle and crust—is spinning around the liquid outer core.”

We know that polar wander exists on a small scale – we can measure it with satellites – but whether shifts of many degrees have occurred is still a point of contention, with scholarly studies supporting both sides of the issue. Because Cretaceous-era limestone formations known as Scaglia Rossa veined with iron-rich bacteria that generated magnetite deposits, the Apennine Mountains are an excellent area to test the theory. Magnetite, as its name implies, is magnetic and retains the magnetic field that existed at the time it formed.

These magnetite veins record orientation relative to the poles in the same way as magnetic basalt near mid-ocean ridges records the flips in the orientation of the Earth’s magnetic poles, leading to the finding of tectonic plates and the dating of significant fossils. These mountains swung 12 degrees between 87 and 78 million years ago before returning to nearly the same position. The movement peaked between 84 and 82 million years ago. Despite the fact that magnetic measurements can only compare movements relative to the magnetic poles, the authors of the research believe this was real polar wander, with the entire crust tilting in relation to the Earth’s axis of rotation.

The discoveries are notable since the Scaglia Rossas limestones had previously been considered as fundamental evidence against a big Cretaceous wandering episode, previous studies, according to the authors, relied on only three average inclinations and may have employed less accurate methodology. The study used 1,090 samples from two parallel stratigraphic layers that corrected for local tectonic plate movements. When mass concentrations are near the equator, planets undergo real polar wander because their moment of inertia decreased. When dense material groups, such as Hawaii’s mountains, are located at high latitudes, the entire body can tip to recover stability. When one considers how an ice skater spins fastest and hence is best balanced when their hands are near to their body, the forces become clearer. The reason behind Kirschvink and co-authors’ report reversal is less obvious.