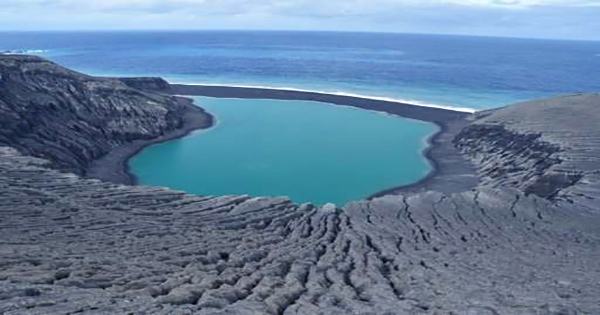 Thanks to higher radioactivity, the Earth’s crust probably behaved differently 4 billion years ago. To understand the consequences, the two geologists realized that it could probably be longer lasting than the island’s undersea ocean floor, which was previously recognized, which increased the presence of life possibilities. Supporters of the two main competing sites for the source of life have spent decades arguing over their case without trusting each other. One group favors geothermal spaces at the bottom of the ocean, the other prefers Darwin’s proposal for a “warm little pond.”

A notable problem with the concept of the pond is that it was initially established considering the possibility of a lack of continental terrain. If there were no continents, the oceans would cover almost the entire planet.

The volcanic activity probably forced the discipline of islands like Hawaii today. Today, volcanic islands are relatively short-lived, with many questioning whether life was only present, but evolved into a location where it could survive beyond its habitat by crossing the surrounding seas. But Dr Juan Rosas of Mexico’s NSEDA Center for Scientific Research and Higher Education and Jun Korenaga, a professor at Yale, think they have the answer.

In Nature Geosciences, Rosas and Korenaga note that the Earth began with much more uranium than it does today, with most of its stable material depleted. Excessive radioactivity undoubtedly created more heat inside the planet, and the authors think it created more vulnerability than geologists allowed. The pair argues that some marine basins become considerably deeper than others. Where the sea bed was close to the surface, island chains driven by volcanic activity can sometimes achieve a second life as open tube wells. These may offer a more suitable environment for life formation than the rapid depletion of islands as volcanic activity ceases.

Eventually, we know the continents began their establishment, giving life more opportunity to form. However, at a time when life is thought to have appeared, continental crusts were now confined to the pockets of Western Australia and Greenland as they could not supply too much water. The existence of lost continents from being isolated by tectonic forces remains controversial. If Rosas and Krenaga were right, there would have been more islands in the beginning than at any other time on Earth, and so more water bodies would support life if suitable materials were provided.