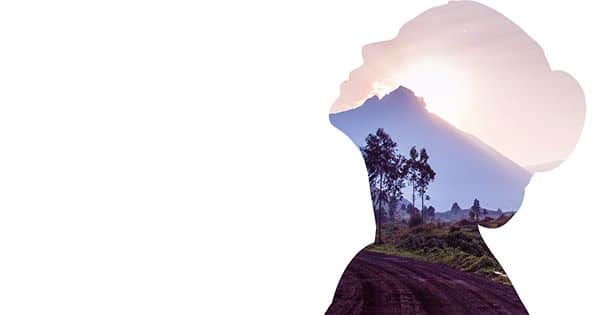 Humanity’s “broken relationship” with nature is creating a perfect storm for future epidemics, a new report from the World Wide Fund for Nature (WWF) says. In a new report, Covid-19: Emergency Call to Protect People and Nature Conservation NGOs have argued that wildlife exploitation and the planet’s wasteful food system mean a new zoonotic disease risk, which has arisen from a germ-borne disease More than before.

Outbreaks of the world’s major diseases in recent decades – Kovid-19, Stork, MERS, Ebola, Zika, Nipah, HIV, Swine Flu, Bird Flu, and many more – are a genotype that gave rise to an inhuman organism. While it is easy to imagine that to a lesser extent these diseases have spontaneously jumped on any unfortunate human being, our current relationship with the environment and wildlife greatly increases the chances of spreading the pathogen among humans.

The report said that “new zoonotic diseases are rising at an alarming rate” mainly due to our environment and wildlife exploitation. Much of the increased risk is related to the planet’s current food system. First, deforestation and large-scale conversion of land for agriculture are increasingly increasing among wildlife, livestock, and humans.

As one of many examples, a 2013 study published in the Journal of Scientific Reports found that extensive forest cover in West and Central Africa greatly increased communication between humans and potential Ebola host species such as fruit bats and primates, increasing the likelihood of viral spoilage from host to humans.  Second, global food trade and weak food safety standards mean there is a high potential for exposure during sourcing, handling, and preparation practices.

If the world doesn’t work out soon, the report argues, the conditions for another epidemic, such as Covid-19, are clear. Marco Lambertini, Director General of WWF International said in a statement, “We must urgently recognize the link between the destruction of nature and human health, or soon we will see the next epidemic.”There’s no arguing this, and science is clear; we must work with nature, not the other way around. Unnecessary exploitation of nature has become a huge risk for all of us.”

To remedy the problem, the WWF report urges governments to commit to a “New Deal for Nature & People” to put nature on a path to recovery by 2030 “for the benefit of all people and the planet.” This includes a number of changes, such as stopping land conversions and clearing forests for agriculture, as well as greater protection against illegal and regulated wildlife trade.

The report also called for incentive packages and public investment to help transform poverty into well-being and protect the livelihoods, rights, and culture of local people. Much of these changes will depend on a fundamental systemic global change due to the deep interconnectedness between environmental issues, health crises, culture, and the global economy.

Concludes the report “The current crisis demonstrates that to make true progress on these issues, systemic change is required.” “Cross-cutting responses such as promoting more sustainable and efficient diets, promoting healthier and more sustainable diets, reducing overproduction and costs, and moving toward nature-positive and climate-neutral financial systems that include environmental risks in their decision-” Making the process.”

Rewilding – The Fine Art of Doing Nothing