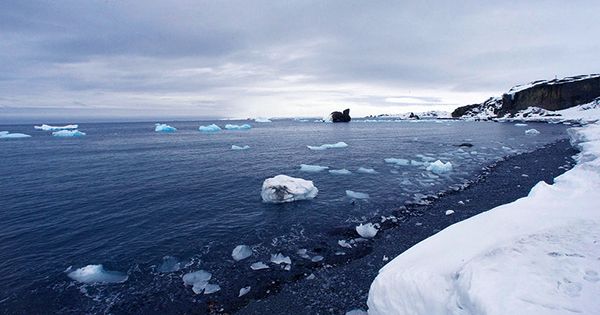 The absence of cooperation between environmentalists and the national security community is one of the most terrible fault lines in today’s climate change politics. Climate activists and more right-leaning military strategists don’t exactly get along, with the former perceiving the latter as destructive anti-environmental marauders and the latter seeing the former as unrealistic pests who would choose trees and dolphins before human safety.

Nonetheless, as difficult as it may be, climate change is driving the two to work closer together.

Michael T. Klare, an emeritus professor, and prolific author has written a meta-assessment of the Pentagon’s strategic assessments on how climate would impact America’s security environment over the last two decades in “All Hell Breaking Loose.” The book provides an eye-opening look at how the defense community is dealing with one of the most difficult global crises today. It is sober and repetitive but not bleak. Climate change degrades the security environment in almost every domain, and in ways that non-defense specialists may not notice.

Rising sea levels threaten the mission readiness of the United States Navy, which relies on coastal access to shipyards and ports, such as when Atlantic hurricanes hit Virginia, one of the main hubs for naval infrastructure in the country. While it may seem self-evident, the United States military is more of a landlord than a fighting force, with hundreds of sites strewn across the country and around the world. A considerable number of these facilities confront climate-related difficulties that could jeopardize mission readiness, and the cost of hardening these facilities is expected to be in the tens of billions of dollars, if not more.

There’s also the issue of energy. With power for bases, jet fuel for flights, and energy for ships on a global scale, the Pentagon is understandably one of the world’s largest energy users. Procurement managers are naturally concerned about pricing, but their primary issue is availability: they need reliable fuel sources in even the most chaotic situations. With climate change, that crucial priority is becoming increasingly shaky, since oil transportation choices can be disrupted by anything from a strong storm to a ship trapped in the Suez Canal.

This is an area where the Pentagon’s goal and the objectives of green campaigners are very similar, if not identical. In order to ensure resiliency for its fighting forces, the Pentagon is investing in biofuels, decentralized grid technologies, batteries, and other areas, according to Klare. Critics may mock the Pentagon’s fiscal resources, but it is uniquely positioned to pay the so-called “green premiums” for more reliable electricity in ways that few institutions can afford.