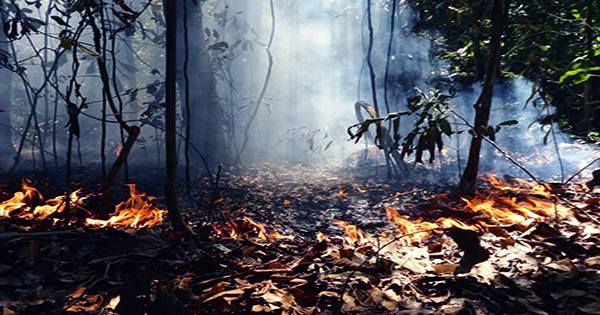 This year, deforestation in Brazil’s Amazon increased by 21.97 percent, hitting its highest level since 2006. Between August 2020 and July 2021, 13,235 square kilometers (5,110 square miles) of forest destroyed, putting serious doubt on Brazil’s stated promise to halt deforestation within the following decade. The findings, provided by the country’s space research organization INPE, based on satellite data and show that illicit logging in the Amazon continues at an alarming rate. Brazil joined over 100 other countries in agreeing to halt deforestation by 2030 earlier this month, but these data indicate a lack of political will to achieve that objective.

A large Brazilian delegation went to considerable efforts at the recent COP26 climate meeting to persuade delegates that it is doing all possible to conserve the Amazon. According to the BBC and The Guardian, Brazil’s government was aware of the deforestation data before the conference, but opted to keep them hidden until after the event to prevent compromising its claims.

“The statistics are still a challenge for us,” environment minister Joaquim Pereira Leite told reporters, acknowledging the latest data. “We have to be tough in respect to these offences.” However, given that deforestation has already increased for the fourth year in a row, conservationists argue that such assertions are essentially worthless.

Because its trees absorb massive amounts of carbon dioxide, the Amazon rainforest viewed as a critical climate change battleground. The loss of this essential ecosystem would almost certainly have disastrous repercussions, making it difficult to meet climate objectives such as keeping global warming below 1.5 degrees Celsius (2.7 degrees Fahrenheit).

Furthermore, given the huge amount of rainforest that Brazil is home to, the worldwide vow to cease and reverse deforestation is exceedingly difficult to achieve without Brazil’s involvement. President Jair Bolsonaro has sparked international outrage by encouraging miners and farmers to expand their operations in the Amazon in recent years. His administration now claims to be committed to preserving the world’s biggest rainforest, although data continues to contradict this claim.