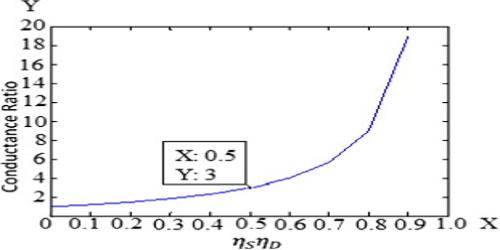 Arrhenius named this quantity the degree of dissociation. As will be seen in “Conductance and Electrolyte Concentration”, all strong electrolytes are now supposed to be completely dissociated into ions in solution, and the term has little significance except in the case of weak electrolytes which are regarded as incompletely dissociated. The ratio (Λc/Λ0) is now given the non-committal term, conductance ratio.