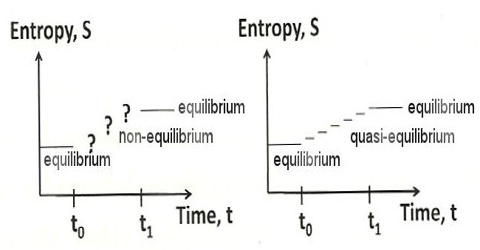 In a system at equilibrium the entropy is maximum.

Usefulness and Limitations of Thermodynamics to Chemists