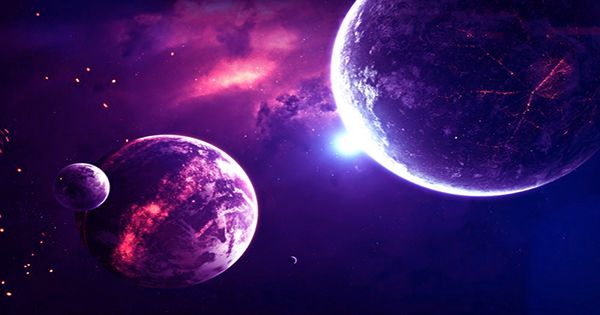 Although the origins of life are still a mystery, scientists believe that specific chemicals are required for the emergence of RNA and DNA. These molecules had already been discovered in space, and now scientists claim that enormous stores of them exist where planets form.

Astronomers looked at five star systems that feature a young star surrounded by a protoplanetary disk where planets are forming. Four of these — cyanoacetylene (HC3N), acetonitrile (CH3CN), and cyclopropenylidene (c-C3H2) — exhibit unique chemical fingerprints of these compounds, and they were more abundant than the team predicted.

The findings, which were made with the Atacama Large Millimetre/submillimetre Array (ALMA), were published in the Astrophysical Journal Supplement Series alongside 19 other publications on protoplanetary disk chemistry.

For the first time, ALMA has allowed us to explore for these molecules in the core portions of these disks, on scales comparable to our Solar System,” lead author Dr. John Ilee stated in a release. “Our findings demonstrate that the chemicals are largely found in these inner regions, where their abundances are 10 to 100 times higher than expected by simulations.”

Planets, asteroids, and comets all develop in the regions where these vast stores of organic molecules are found. Complex chemical structures can be found not only in interstellar space but also in the vicinity of stars. “These massive, complex organic compounds can be found in a variety of locations across the universe. Dr. Ilee explained that “laboratory and theoretical studies have suggested that these molecules are the ‘raw ingredients’ for building molecules that are essential components in biological chemistry on Earth, such as sugars, amino acids, and even the components of ribonucleic acid (RNA) under the right conditions.”

“However, many of the conditions in which we find these sophisticated organic compounds are a long way from where and when we believe planets develop. We wanted to know more about where these chemicals were found and how much of them were present in planets’ birthplaces – protoplanetary disks.”

The presence of these molecules in vast amounts suggests that the chemical footprints of even more complicated compounds may be detectable. ALMA might be able to discover the putative building components of life.

“Our present knowledge of interstellar chemistry predicts that even more complicated compounds should be visible if we are discovering molecules like these in such enormous abundances,” Dr. Ilee noted.

“We hope to use ALMA to look for the next steps in chemical complexity in these disks. We’ll be closer to knowing how the raw ingredients of life can be constructed around other stars if we find them.”

Near Space, Labs closes $13M Series A to send more Earth-imaging robots to the stratosphere