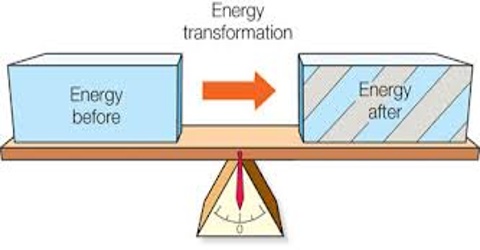 The First Law of Thermodynamics

The first law of thermodynamics is also known as the law of conservation of energy. The first law may be stated in different forms:

(1) Energy can neither be created nor destroyed: it can only be convened from one form into another.

(2) The total energy of an isolated system is constant.

(3) It is impossible to construct a perpetual motion machine which will create energy out of nothing.

(4) The sum of all of the energy chances for all systems participating in a process must be zero.

(5) If work is produced during a cyclic process, an equivalent amount of heat must also be consumed.

This law has been accepted valid after a long period of skepticism about its inviolability. Numerous attempts were made by scientists to construct a machine by means of which energy could be creased. All such attempts to design “perpetual motion machine” have failed. This is indirect experimental evidence for the first law of thermodynamics.

A corollary of the first law is that the internal energy of a system is a function of the state of the system and is independent of the path by which the state has been reached.

According to the first law UB – UA; must he equal to UA – UB in magnitude. If it were not so, creation of energy would be possible, which is against experience. It follows, therefore, that ∆U = UB – UA depends on the internal energies UB and UA at state B and state A, and not on how the system passed from state A to B. The internal energy is said to be a property of state, or a state function. Consequently, in a cyclic process there is no change in internal energy. Or mathematically,

A cyclic process is one in which a system returns exactly to its original state after undergoing different changes. The symbol § indicates integration over the whole cycle.

Calorimetry Determination of Heats of Reaction