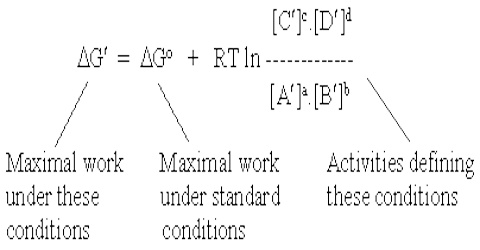 Table: Standard free energy of formation of some substances 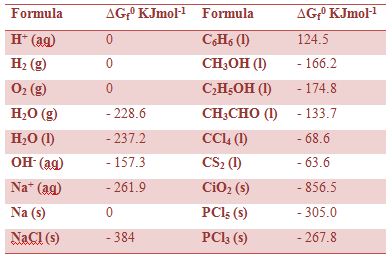 By using the values of ∆Gf0 for substances in Table, the value of ∆Gf0 of any reaction involving the reactants and products may he calculated. For this purpose use is made of the following relationship:

Total Entropy Change of a System and its Surroundings