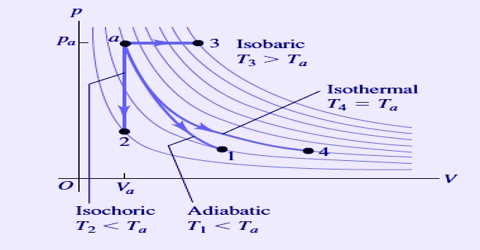 A thermodynamic process in which the volume is kept constant is known as an Isochoric process. For an isochoric process dV = 0. For Example: In calorimetry the energy of a reaction may be measured in a “bomb calorimeter”. This device does not change volume during the reaction so that the temperature change can be measured as a single variable, and used to calculate the energy released. 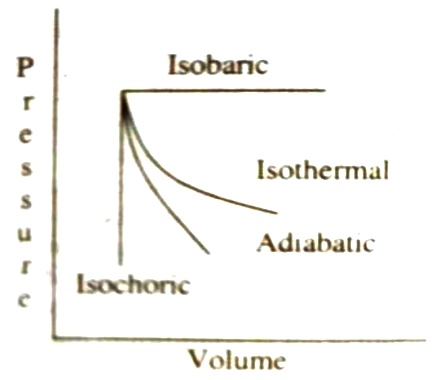 It can be seen from Figure that the curve for an adiabatic process is steeper than that for an isothermal process. The reason for this is that in an isothermal expansion process heat is absorbed to make up for the work done by the gas. In an adiabatic expansion, on the other hand, the energy for the work of expansion is taken from the system itself so that its temperature falls. At this lower temperature but at the same pressure the volume is less.