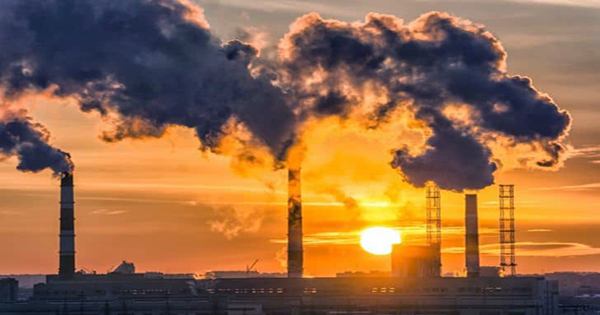 The World Health Organization (WHO) has updated its worldwide air quality guidelines for the first time since 2005, suggesting that fine particulate matter concentrations be reduced by at least half. The WHO claims that “there is now a considerably better body of research to illustrate how air pollution impacts numerous aspects of health at far lower concentrations than previously understood,” explaining the substantial fall in safe contamination levels.

“The guidelines recommend new air quality limits to protect public health by reducing levels of major air pollutants, some of which also contribute to climate change,” the group stated in a statement accompanying the release of its new study. The harm presented by microscopic particles known as PM2.5, which have a diameter of 2.5 microns or less, has been increasingly alarming to health professionals in recent years. These minuscule particles, which are typically formed as a result of burning fuel, are small enough to move from the lungs into the bloodstream, potentially causing damage to other organs and compromising cardiovascular and respiratory function.

The WHO recommended that yearly PM2.5 levels be kept below 10 micrograms per cubic meter of air when it last updated its air pollution standards 16 years ago. However, in light of new information, it now recommends that all member countries limit PM2.5 levels to no more than five micrograms per cubic meter of air over the course of a year. This change is the result of a “systematic evaluation of accumulated evidence” that concluded that air pollution is now “one of the major environmental dangers to human health” and causes approximately 7 million premature deaths per year around the world.

According to the WHO, “in children, this could include impaired lung growth and function, respiratory infections, and worsened asthma.” “In adults, ischemic heart disease and stroke are the most prominent causes of premature death due to outdoor air pollution, but evidence of other impacts such as diabetes and neurodegenerative disorders is now emerging.”

Countries are also being pushed to reduce five other main pollutants, including ozone, nitrogen dioxide, sulphur dioxide, and carbon monoxide, in addition to PM2.5. PM10 particles, which are smaller than ten microns in diameter, are also on the list of pollutants that must be decreased.

Ozone at ground level, not to be confused with the ozone layer, is a primary component of smog and produced when sunlight interacts with other contaminants in the air. Ozone levels, which can cause a variety of respiratory ailments, fluctuate with the seasons, while the World Health Organization (WHO) advised in 2005 that maximum concentrations be kept below 100 micrograms per cubic meter of air for an eight-hour period. This amount has been lowered to just 60 micrograms per cubic meter of air in the most recent version.