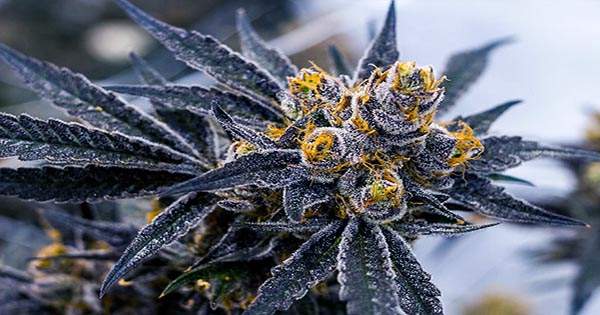 According to recent research, illegal cannabis farms in California and Oregon are encroaching on the habitats of several fragile and endangered species, potentially exposing vulnerable animals to hazardous pesticides. Harmful rodenticides employed by illegal cannabis farmers, according to the study authors, have the potential to accumulate in local food chains and destabilize vulnerable ecosystems.

Despite the fact that cannabis has been authorized in both California and Oregon, unlicensed farmers continue to cultivate the plant illegally, typically choosing secluded locations in densely forested areas.

The researchers show how these hidden sites are influencing local forest predators like the endangered Pacific fisher, threatened Humboldt marten, and northern spotted owl in a paper published in the journal PLOS ONE. Between 2007 and 2014, the team worked with law enforcement agencies to acquire data on the locations of 1,469 illegal cannabis farms that were busted. They were able to map the anticipated distribution of unlicensed grow sites in the wooded regions of California and southern Oregon using this information to identify key landscape traits favored by these illicit farmers.

They discovered, for example, that illegal cannabis growers choose places with a low to mid-elevation and moderate slope, as these locations allow for gravity-fed irrigation while also having a lower human presence than low-elevation sites.

The authors were able to identify a 21,607-square-kilometer (8,343-square-mile) woodland zone with a high possibility of illegal cannabis growing using this information. To confirm this, the team inspected a number of streams in the area that they had designated as potential hotspots for illegal cannabis cultivation and located 16 previously undetected fields in a relatively small area.

They next placed their cannabis farm distribution map over the endangered Pacific fisher, threatened Humboldt marten, and threatened northern spotted owl’s geographical habitats. They discovered that “moderate to high-likelihood sites of trespass cultivation overlapped with 40 to 48 percent of predicted habitats of the three sensitive species,” which is concerning. This area overlapped with 37% of Pacific fisher denning habitats, 37% of marten habitats, and 48% of spotted owl habitats. Meanwhile, 100 percent of Pacific fisher female home ranges in the southern Sierra Nevada were shown to be in locations with a high potential of illegal cannabis growth.

The presence of these hidden farms has already had a significant impact on these animals’ health. According to the study, pesticides were identified in the tissues of 82 percent of fishers in the Sierra Nevada between 2007 and 2019. Anticoagulant rodenticides were also found in the tissues of 70% of the spotted owls in the research area.

The Damage from Deep Sea Mining Is Slow To Heal