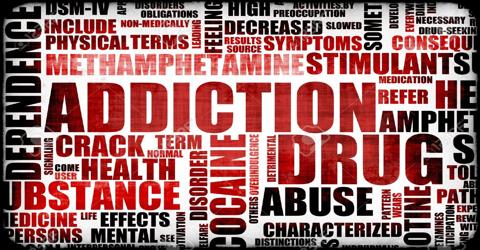 Drug addiction is the compulsive use of drug, despite its negative or dangerous effects. It means that a person needs a drug to function normally but abrupt stopping the drug leads to serious symptoms. Drug abuse can lead to drug dependence or addiction. People who use drugs for pain relief may become dependent, although this is rare in those who don’t have a history of addiction. Drug addiction is a chronic, often relapsing brain disease that causes compulsive drug seeking and use, despite harmful consequences to the drug addict and those around them. Drug addiction is a brain disease because the abuse of drugs leads to changes in the structure and function of the brain.

There are several stages of drug use that may lead to addiction. Young people seem to move more quickly through the stages than do adults. The addicted people collect drugs from different drug dens where the drug peddlers make it available on high rate. Addicted persons know about its source and collect it at any cost. There are some common symptoms of drug addiction such as: confusion, lack of control over drug abuse being unable to stop or reduce alcohol, making excuses to use drugs, missing work or school, or a decrease in performance, need for daily or regular drug use to function, neglecting to eat, not caring for physical appearance, secretive behavior to hide drug use. There are some reasons for a person being attracted towards drug. Sometimes attraction to drugs from severe frustration, evil con allure young people to take drugs, some drugs even s from curiosity, an availability of drugs makes this case very serious. Drug abuse also plays a role in many major social problems, such as drugged driving, violence, stress, and child abuse. Drug abuse can lead to homelessness, crime, and missed work or problems with keeping a job. It harms unborn babies and destroys families.

For About 3,000 Years, Neanderthals and Modern Humans May Have Coexisted