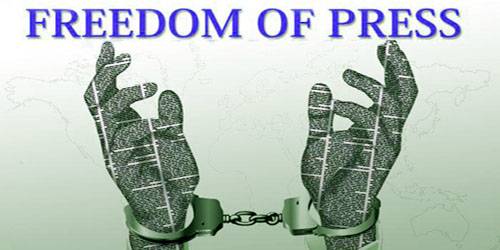 The United Nations’ 1948 Universal Declaration of Human Rights states: “Everyone has the right to freedom of opinion and expression; this right includes freedom to hold opinions without interference, and to seek, receive, and impart information and ideas through any media regardless of frontiers”.

The editors are indebted to the public for maintaining an honest attitude towards the people against the party or class interest. But autocratic rulers, powerful business big, irresponsible bureaucrats, greedy capitalists are not ready to allow the freedom of the press. It exposes various misdeeds and puts the government on its toes, acting as a true mirror of public opinion.

So it is important to say that in order to form a truly democratic state, a genocide that had created a happy, prosperous, peaceful and harmonious society free from the press, it was soon stopped by the imposition of the sedition law of 1998.