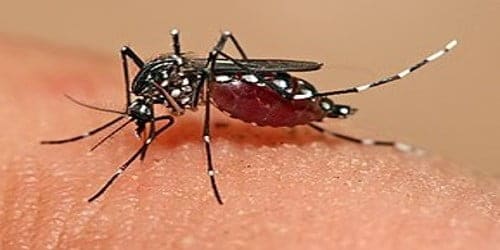 Dengue is transmitted by the mosquitoes Aedes aegypti and Aedes albopictus, which are found throughout the world. Dengue fever is a kind of fatal disease caused by the biting of Aedes mosquitoes. It is a disease transmitted to humans by infected mosquitoes. It is a virus-infested disease. It is an acute febrile disease caused by the mosquito-borne dengue viruses. The potentially fatal disease is caused by a group of four viruses that are mosquito born. There are four stereotypes of dengue virus, such as DEN-1, DEN-2, DEN-3, DEN-4.DEN-2 and DEN-3 are more serious. Dengue fever is a quite dangerous febrile disease that can even cause death.

Around 2.5 billion people, or 40 percent of the world’s population, live in areas where there is a risk of dengue transmission. Dengue is one of the prime re-emerging diseases of Bangladesh. Nowadays, this disease can be found in the tropics and Africa. Aedes mosquitoes carry the virus of dengue fever. It breeds in small pots, jars, dumps, and discarded plastic containers and tyros. Symptoms usually begin 4 to 7 days after the mosquito bite and typically last 3 to 10 days. There are two types of dengue fever. There are classical dengue fever and dengue hemorrhagic fever. Dengue Hemorrhagic fever is fatal and it causes death with bleeding.

Dengue virus is originated from Africa. Dengue is endemic in at least 100 countries in Asia, the Pacific, the Americas, Africa, and the Caribbean. Now it is epidemic in most tropical countries of Asia like India, Myanmar, Srilanka, Bangladesh, Thailand, Malaysia, Singapore, Indonesia, and the Philippines. The urban areas of many developed countries like Brazil, Singapore, Taiwan, Indonesia, and India are also vulnerable to this disease. It transmits the virus when it sucks human blood. Its symptoms on the patient become clear in four to six days. The symptoms of Dengue Fever are characterized by an abrupt fever lasting for 5-7 days, severe headaches, muscle, and joint pains, and rash.

Do not think that it is only thick forests where dengue fever can be found. Aedes mosquitoes breed stagnant but clear water of various pots. It lives on blood and Aedes female mosquitoes cannot breed without blood. There is no antidote of the dengue virus. Dengue fever is transmitted by the Aedes aegypti mosquito, which also transmits such diseases as Chikungunya and yellow fever. With the apprehension of severe outbreak of dengue fever, people can be made aware of dengue. It will be easier to prevent the disease.

Make the Best Use of Time

Advantages and Disadvantages of Television