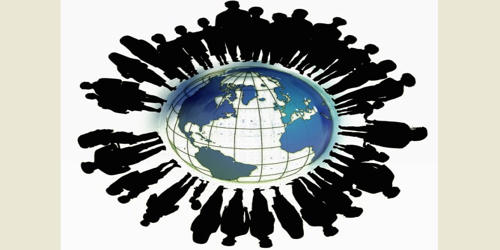 The balanced population is a boon for any country. On the contrary, overpopulation is a curse. This is true for Bangladesh. There are many causes behind it. The first and foremost cause is ignorance. The main reasons behind the excessive increase in the population are illiteracy, tropical climate, early marriage, polygamy, and want of recreational facilities. Most people are not aware of its consequences. The next cause is religious and social superstition. Here most people are blindly God-fearing. They do not know the real import of their respective religions. Family planning is a great sin to them. Another main cause is early marriage. Many girls are not aware of the consequence of having more and more children. They are not aware of their health. Climatic influence, superstition, and poverty are some of the main causes of the high rate of birth. If this population explosion is not checked immediately, people will have to make their houses in agricultural land and forest.

Overpopulation has a negative impact on the development and economy of the country. The country is facing a lot of problems with population problems. It causes a food shortage, a communication problem, health problems, shelter problems, medical problems, unemployment, and poverty. First of all, the country is facing food scarcity. Then the second effect is the housing problems. For the huge population, poor people are deprived of all basic needs. Both domestic and global population growth is adding to conflicts over water, energy, food, open space and wilderness, transportation infrastructure, school rooms, and numerous other problems. Overpopulation leads the country to the unemployment problem. One of the biggest threats of continued population growth is deforestation and loss of biodiversity.

For solving this problem illiteracy must be removed from our society. The following measures can be prescribed to solve the problem. Firstly, all should be educated. Secondly, the value of family planning should be introduced among all. Thirdly, Early marriage should be discouraged. Moreover, strong measures will have to be taken against early marriage and polygamy. Fourthly, famous religious figures should come forward. Furthermore, people will have to be motivated to adopt family planning measures and recreational facilities should be created for them. Fifthly, electronic and print media should play an important role. Last, of, various types of encouraging programs should be staged. However, the government of Bangladesh has given much stress on the population control by identifying it as one of the main problems of the country.