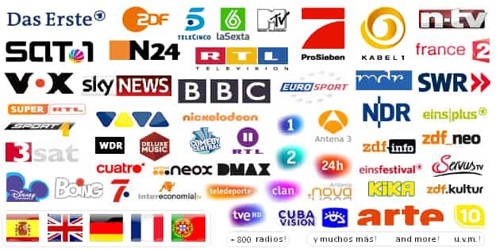 Satellite telecasting has added new dimensions to television. Nowadays a huge number of satellite channels telecast a wide range of programs of varied interest. We can enjoy many events and programs like songs, sports, music, movies, drama, news, etc through these channels. They introduce us to the newer knowledge and ideas about the world. These channels convey social, political, economical, cultural, and religious news from home and abroad. So, the roles of satellite channels are very important in society. But satellite TV channels are not free from defects. There are some channels that telecast different types of obscene programs. These types of channels cause cultural assault and moral degradation. Their taste and modes of life are being influenced greatly by some satellite channels and they are becoming uncontrolled gradually. It is true that the programs of some satellite TV are destructive. Some channels telecast adult movies which cause very harm for a teenager; they make a bad effect from this. Those programs which are harmful should be avoided. That’s to say, constructive programs of satellite TV channels should be enjoyed. Some foreign channels telecast serial dramas full of family conspiracies and harmful values. Being addicted to these, we are forgetting our own culture.

We should select those channels and programs that represent our own culture and heritage. Our own culture programs and elements should be seen and enjoyed frequently. In this way, we can nurture our national culture and heritage. Satellite TV channels should play constructive roles. We also have to find out how to derive the best benefit from satellite TV channels keeping its evil up to the minimum limit. For this, the authority should keep an eye open so that standard and elegant programs are produced. Again, available access to vulgar channels must be restricted. Otherwise, moral degradation will take place and social stability will be destroyed.