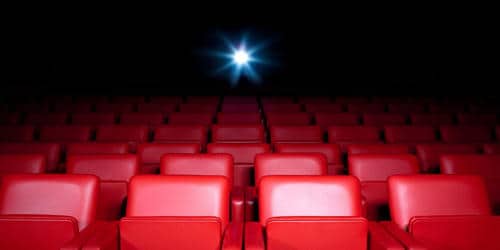 Cinema has been a part of the entertainment industry for a long time. Cinema means a collection of moving pictures which are exhibited with the help of light. These motion pictures are produced by the rapid projection of a great number of photographs on the screen. It creates a massive impact on people all over the world. Cinema is now a strong medium of communication which has both positive and negative impacts of the society. Nowadays the cinema has become very popular and it is a good source of entertainment.

Pictures of men and women are taken in quick succession. Actors and actresses play in a studio. Sometimes they go out for outdoor shooting. The moving pictures of the actors and actresses are taken against a suitable background as demanded. All these pictures are arranged in a long film. These photographs are shown on the screen in the cinema house with the help of an instrument called “Cinematograph”.

It surely is beneficial in many ways; however, it is also creating a negative impact on people and society. Nowadays more modern and sophisticated video-camera has been invented. Now all the actions of the actors and actresses are taken by a video-camera and shown directly and instantly. Now the audio-video camera can take photographs and dialogues at the same time. At present, cinema is a combination of audio-visual technology. Pictures of men and women are taken when they move and talk.

Cinema has become very popular nowadays. Cinema shows are held every day at every place in the world. Cinema attracts a large number of spectators Including men, women, and children. Now films can be recorded on CD and DVD and they can be enjoyed on a TV screen or on the monitor of a computer. It portrays things as they are and helps in opening our eyes to issues we may have well ignored in the past.

Cinema is a medium of both instruction and entertainment. It not only gives us delight but also instruction. Cinema has its merits and demerits too. If a person sees a bad film then he can adopt all the bad points of the film. To see too many films can spoil our eyesight, waste our money, time and energy.

Though cinema provides us a pleasant relaxation, it has some bad effects too. It is often misused. by some people who always want to earn money by making films. Money-making is their only objective. They avoid the question of instruction while making films. They make films only to give pleasure and entertainment. These people who make films care very little for morality and its effect on the spectators. These men make obscene and vulgar pictures. This kind of film leads to our young generation astray. As a result, the number of child delinquents is increasing in our society. The number of crimes committed by our adolescents is alarming.

But good films have some messages to uplift the moral values of the people. They can give delight and instructions to the people. Cinema reflects and represents life, culture, a society of a country. Cinema is, no doubt, a great source of our recreation. After the day’s hard work, we need recreation to remove the tiredness of our body and mind and this can be provided by the cinema. The educational value of cinema is also very important. Cinema can play a vital role in creating moral values and consciousness among the people. Good cinemas are sources of both pleasure and education. Bad cinemas, on the other hand, can lead the society to corruption and moral degeneration. We need to be able to identify the right from wrong and make decisions accordingly.

To conclude, A great responsibility rests on the shoulders of the producers and directors of the cinema. Money should not be the only goal of cinema ‘production’. Despite the fact that, watching a movie not only can affect moral values and cultures on people who are college students, scholars, and children’s and also individual behavior. Improvement of moral sense and establishment of truth instead of falsehood should be the goal of cinema production. It can be influenced in numerous ways. The effects of movies are various, including weighing on elements of sex and race.