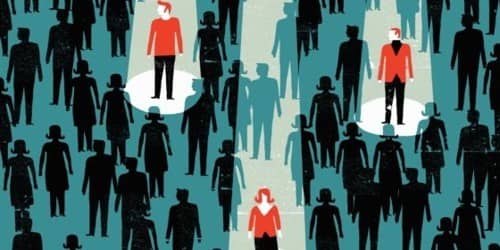 Man is a social animal by nature. Man has always preferred to live in groups. ‘Man is a social animal’, said Aristotle years ago, human races proved and realized the importance of his statement by the passage of time. From the primitive period, man lived and moved in groups. Individuals live in groups and cannot separate themselves from being part of a group. This made him feel secure and helped him guard himself against the wild animals. The nature of human beings is such that he cannot afford to live alone. This is one such human behavior that hasn’t changed much with time. No human being is normally developed in isolation. People still love socializing. Society, family, and culture are of utmost importance to the man. Man lives in society for his mental, psychological and intellectual development. It preserves the culture, customs, folkways, mores, norms, values, etc. and transmits it to succeeding generations. The social heritage helps his personality to develop in society.

Groups exist everywhere, and we are a part of it whether we realize this or not. Leave a man all alone for a month and see what happens to him. He will suffer from loneliness, depression and incur physical and mental health ailments due to it. In order to explain an individual’s behavior in a group, it is important to understand different types of groups, their norms, and values and possible causes of the conflicts.  It is not possible for a man to live alone. Man is and has always been a social animal. Individuals have their own importance, their behaviors and performance cannot be ignored as these influence the behaviors and production of groups they belong to. He loves being around other people. The essential qualities of human nature such as the capacity to acquire knowledge, learn a language, enquire and think; respect and regard, play, and work, help and the like are developed in society only.

The human infant comes into the world as a biological organism with animal needs. He is gradually molded into a social being and learns social ways” of acting and feeling through society. Now, while the younger generation wants their privacy and wishes to do things their own way this does not mean they do not feel the need to be around people. They have their own ways to do so. Working in groups is beneficial for an individual as he gets more exposure and learning takes place in many ways, and he also learns to survive in a group which is the basic necessity for an individual. Society both liberates and limits our potentialities as individuals and molds our attitudes, beliefs, morals, and ideals.

One of the important functions of society is to preserve the social heritage, which is intimately related to human beings. The human mind is ever enhancing and human intelligence is ever-growing but if there is one thing that has remained constant, it is his need to feel safe and secure. The personality, which is the total quality of an individual’s behavior, only develops in human society. This sense of security comes by being in touch with our near and dear ones. From the foregoing discussion, it may be concluded that man is a social animal.

Prosper of ICT in Education