Home Modern Civilization Role of Women in Our Society 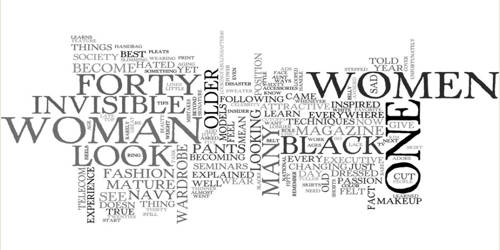 Women play a very vital role in human progress and have a significant place in society. There was a time when people used to think that woman was the hearth. She was considered to be subordinate to man. Half of the total population in this world is women. Without the participation of women in the work field, it is impossible to change the economic condition of our country. They are capable of sharing all the responsibilities of life. The role of women in modern-day society is of utmost importance and essential. Man and woman have been rightly compared to the wheels of the same carriage. Women play a major role in households, society, politics, and administration.

Generally in the house, they cook for family and take care of the children and do all the household works. Her whole life spent in showering upon others. They are mostly confined within the four walls. Yes, I do notice other roles of women outside their house. As a girl, she had to serve her parents. As a daughter, she had to tolerate the preference given to her brothers. As a wife, she was considered to be the mistress of the young and nurse of the old. As a mother, she had to make sacrifices for the sake of her children. They think that woman is a kind of slave. They are demonstrating their talents in the best. They are serving as teachers, doctors, Engineers, Administrators and even heads of the states. Very few women enjoy independent positions as owners of land or property. Napoleon said: “Give me good mothers and I will give you a good nation.” The progress of the nation depends upon the way the mothers bring up their children.

Most of the women’s main outdoor activities are to bring back their children from school and to do household essential shopping. They did not give her equal rights to men. Some people did not give her a share in the property. At that time women led their life very hard. But now a day, in Bangladesh, we see women playing a very active role in many sectors. In the present woman is no longer the slave of man. Man and woman are the two wheels of the same carriage. Both have equal importance according to Islam. Islam realized the importance of women and granted them a very dignified position equal to men.

They are getting a higher education and working in a good position alongside with men. Women should take part in political and social life because women have equal rights as men. Women can participate more actively in our national and economical development by getting themselves engaged in different work sectors. Women should be given the right of vote. Women can understand the rights of all women. For that, every girl should get a proper education and support from family.  An educated woman can have ability to deal all problems. An educated and brave woman can lead a nation. If the mothers are educated, the whole society will progress. Women should take part in co-curricular activies in which they are interested. Women have always played an important role in the progress of a nation.

Educated women can do much to reform the society. They should get equal rights with men in all spheres of the State and of public life. They should fight for their deserving rights but not exceed the limits of Islamic rules and regulations. More education among the women means the more progress of the society. Women, with her intelligence and personality, protect the family from disruptions and disintegration.

Drug Addiction and its Effects