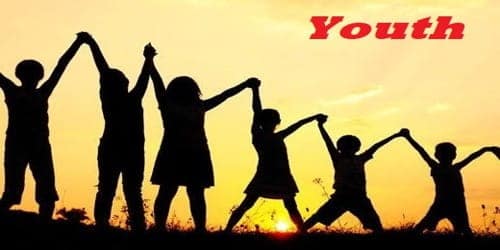 Youth is the hope of tomorrow. Youth is the valuable human resources of every country. For any kind of revolution, growth or betterment for a country, the youth is a requirement. They are one of the most energetic segments of the nation and thus there are high hopes from them. They stand as a bridge between the passing generation and future generations. With the right mindset and ability, the youth can contribute towards the development of the nation and take it forward. For the betterment and growth of a country, the youth does play a vital role.

The human civilization has evolved over the centuries. The youth does have influence in every sector they are in. Each generation comes up with its set of ideas and opinions and contributes towards the development of society. Be it politics, economic development, nation-building, combating corruption and so on. However, while the human mind and intellect have developed over time people have also grown quite impatient. Youth participation in developments would strengthen young people`s abilities thereby meeting their own subsistence needs. The youth today is keen on learning and exploring new things. Now, while they may seek the word of advice from their elders they do not want to be guided by them at every step.

Youth could bring in a lot of difference in the political aspects and other developments of the nation. The young generation today is in haste of accomplishing different things and is so driven towards achieving the end result that it doesn’t pay attention to the means it chooses. Since they are packed with great resources of energy and ideas, a great implementation for the betterment of the society could be brought in. While there have been several advancements in the field of science, technology, mathematics, architecture, engineering, and whatnot, we cannot deny the fact that the crime rate has also increased over time. Today, there is more violence in the world than ever and a major part of it is attributed to the youth.

There are several factors that push the younger generation to commit a crime. Here is a look at some of these: Lack of Education, Unemployment, Power Play, General Dissatisfaction towards life, Growing Competition, etc.

Youth is the strength of today and the expectation of tomorrow. It is the duty of the parents to nurture their children and help them become good human beings. There is a generation gap between the old and the young. Teachers also play a major role in building the youth of the nation. They should be guided and their emergencies should be utilized for the progress of the nation. They must take their responsibility seriously. The youth can come forward and check them, and work for the betterment of the nation. By nurturing honest and committed individuals they are building a strong nation. By performing a constructive role, the youth can make India prosperous in every field.

The Charms of City Life

The Importance of Learning English