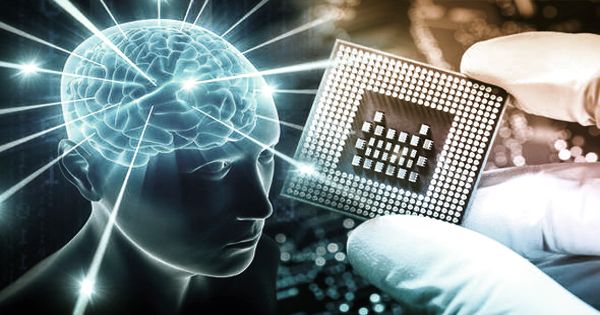 It’s not uncommon for artificial intelligence engineers to derive inspiration from the human brain while developing their algorithms or circuitry, but now the project is taking this biological inspiration a step further. Scientists have begun work on a project that will see human brain stem cells used to fuel artificial intelligence (AI) systems and bring about a revolution in computing.

Scientists at England’s Aston University are mechanically incorporating human brain stem cells into AI microchips, according to a university press release. The goal, scientists claim, is to stretch the limits of what AI can achieve by borrowing some of the human brain’s computing capability.

The Revolutionary Neu-ChiP project will see scientists use human brain stem cells on microchips to push the boundaries of artificial intelligence (AI).

The Neu-ChiP initiative, an international partnership headed by academics at Aston University, has been awarded €3.5m (£3.06m) to demonstrate how neurons – brain knowledge processors – can be used to improve computers’ abilities to learn while significantly minimizing energy consumption. The research team is now embarking on a three-year study to show how human brain stem cells grown on a microchip can be taught how to solve data problems by setting the groundwork for a “paradigm shift” in machine learning technology.

“Our goal is to harness the unrivaled computing power of the human brain to dramatically increase the ability of computers to help us solve complex problems,” said David Saad, mathematician at Aston University. “We believe that this project has the potential to break through the current limitations of processing power and energy consumption to bring about a paradigm shift in machine learning technology.”

The project will include academic collaborators from universities across Europe and beyond. Doctor Jordi Soriano, Physics Associate Professor at the University of Barcelona, added that the future findings of the research could go beyond tapping into additional computational power: “Our ability to engineer neuronal circuits in a dish and train them to do data processing would offer new insights into how the brain computes knowledge and seeks solutions. Proven technologies can also help design unique and thrilling human-machine interfaces.”

Not all of the aims of the project are to promote AI – it could help to provide a better understanding of how the brain works and contribute to breakthroughs in stem cell therapy.

Glassdoor Acquires Fishbowl, a Semi-Anonymous Social Network, and Job Board, to Square Up to LinkedIn