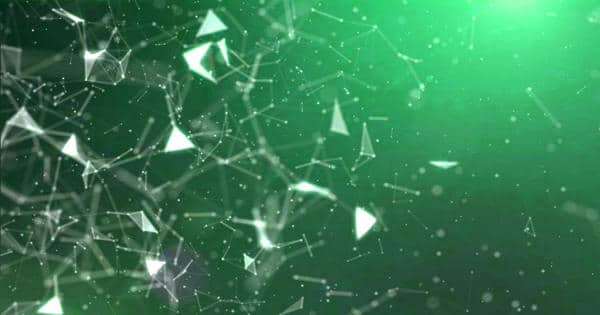 The electron is a fundamental particle in nature that we learn about in school. Its behavior hints at new methods of storing digital data. A new study looks into alternative materials for increasing capacity and reducing the size of digital data storage technologies. The researchers discovered that chromium-doped nanowires with a germanium core and a silicon shell can function as an antiferromagnetic semiconductor.

Michigan Technological University physicists investigate alternative materials to improve capacity and shrink the size of digital data storage technologies in a study published in Nano Letters. The study was led by Ranjit Pati, a professor of physics at Michigan Tech, who explains the physics behind his team’s new nanowire design.

“Electrons behave like tiny magnets because of a property called spin,” Pati explained. “Much like how the magnetization of a bar magnet is dipolar, pointing from south to north, the electrons in a material have magnetic dipole moment vectors that describe the magnetization of the material.”

A new study explores alternative materials to improve capacity and shrink the size of digital data storage technologies. Ranjit Pati, professor of physics at Michigan Tech, led the study and explains the physics behind his team’s new nanowire design.

Using electrical current and lasers, several research groups have recently demonstrated manipulation of individual magnetic states in antiferromagnetic materials. They observed spin dynamics at terahertz frequencies, which are much faster than the frequencies used in today’s data storage devices. This discovery has piqued the interest of many researchers in the field of antiferromagnetism, and it has the potential to lead to faster, higher-capacity data storage.

“In our recent work, we successfully harnessed the intriguing properties of an antiferromagnet into a low-dimensional, complementary metal-oxide compatible semiconductor (CMOS) nanowire without destroying the nanowire’s semiconducting property,” Pati said. “This opens the door to smaller and smarter electronics with greater data storage and manipulation capacity.”

Pati adds that the most exciting aspect of his team’s research was discovering the mechanism that governs antiferromagnetism. The mechanism is known as superexchange, and it regulates electron spin and antiparallel alignment, which makes them antiferromagnetic. Germanium electrons in the team’s nanowire act as a go-between, or exchanger, between unconnected chromium atoms.

“The intermediate atoms to which the chromium atoms are bonded mediate the interaction between their magnetic states. It is a magnetic phenomenon that works together “Pati stated. “To put it simply, imagine two people A and B who are separated by a large distance and are unable to communicate directly with one another. A, on the other hand, has a friend C, and B has a friend D. C and D are close pals. As a result, A and B can interact indirectly via C and D.”

With a better understanding of how electrons communicate between atomic friends, more experiments can be conducted to test the potential of materials such as chromium-doped nanowires. Understanding the antiferromagnetic nature of the germanium-silicon nanowire material is what increases the potential for smaller, smarter, higher capacity electronics.

For $35, You Could Be Driving Around In a Real Italian Supercar Thanks To MrBeast