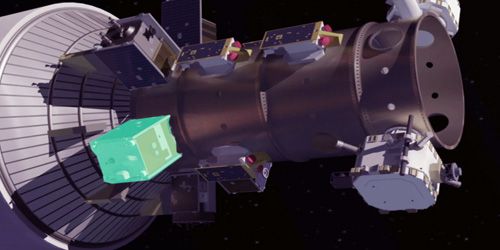 After 13 months of operation, NASA is satisfied with the results of its Green Propellant Infusion Mission (GPIM), proving that a “green” fuel could be an effective alternative for future missions. This innovative, low-toxicity propeller was developed by the U.S. Air Force Research Laboratory at the Edwards Air Force Base in California. GPIM is testing the space fuel and compatible propulsion system for the first time. The new fuel is known as Advanced Spacecraft Energetic Non-Toxic (ASCENT). It is a monopropellant, which means it does not need any oxidizer to burn, it can burn on its own, where it becomes useful in places where there is no oxygen. While all rocket fuels can be dangerous to operate without proper safety precautions, the AF-M315E has significantly reduced toxic levels compared to hydrogen, making it easier and safer to store and operate. This requires fewer handling restrictions and shorter launch times as a result of lower costs.

“For the first time in 50 years, NASA has tested a new, high-performance monopropellant in space,” said Tim Smith, GPIM mission manager at NASA’s Marshall Space Flight Center in Huntsville, Alabama. “It has the potential to supplement or replace hydrogen, which the spacecraft has been using since the 1960s.” While in orbit, GPIM conducts a planned series of orbits to test the propellant and propulsion system, including thrusters, tanks, and valves. The proposed pre-mission performance of the propellant was demonstrated by the attitude control technique, the process of maintaining a stable control of a satellite, and orbital reduction, showing a 50% increase in gas mileage for spacecraft compared to hydrogen. GPIM has now started calling its screens. The spacecraft has started burning its deorbiting, it will take it 180 kilometers (110 miles) from altitude. Its propellant will be reduced and the small craft will burn in the atmosphere by the end of this month.

“Green technology offers the great advantage of not being as risky as hydrogen, and it can be a very attractive option, especially for small companies that may not have all the capabilities to manage and deal with hydrogen,” Marotta said August 3. NASA is already planning the next test of this green new fuel. ASCENT will be deployed on the Lunar Flashlight mission, expected to launch next year at Artemis I, the first integrated flight test of NASA’s Orion spacecraft and space launch system (SLS) rocket.

Learn Unity and Unreal Game Dev Skills with this $30 Training