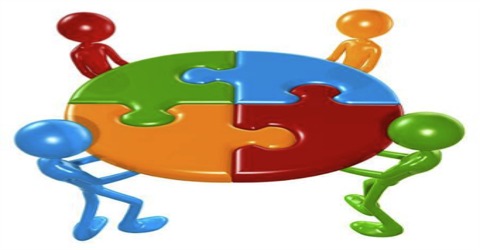 Types of groups found in organization can primarily be classified into the following two types:

Informal grew: When people develop a group based on their informal relationship, it is called informal group. It is the natural outcome of co-existence of people. In every organization, Informal groups develop based on common interest, religion, geographical identification, beliefs, values etc. Informal group affiliation exerts significant influence on the behavior of its members.

(a) Functional groups: A functional group is a combination of individuals who perform the same job or task within the organization.

(c) Committees: A committee is a group of some people who are assigned to look after some specific tasks of an organization. A committee group generally operates in an ad hoc or advisory capacity to examine, analyze, and evaluate different areas of organizational operations. Organizations employ different committees like purchase committee, finance committee, recruitment committee etc. to ensure smooth and authentic performance of activities.

Concept of Job Evaluation with specifying one method to evaluate

Differences between Oral and Written Communication