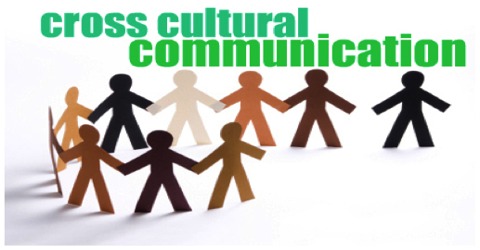 Gesture: Gesture is the deliberate movements of arms, legs, heads etc. Gesture is the most widely used form of non-verbal communication. Although the movement of the body remains a same across cultures, their meaning differ significantly. Therefore, an acceptable gesture in one culture may be insulting in other cultures. For Example, in USA a circle forming with the thumb and index finger indicates the symbol “OK” or “everything is right”. In France, this symbol means “zero” whale it means “money” in Japan.

The meaning of nodding head also differs across cultures. For example, in Bangladesh, nodding the head up and down indicates agreement or “yes”. In Bulgaria, a nod means “no” and a side-to-side shake of the head means “yes”.

Eye contact: Eye contact carries different meaning to different cultures. Therefore, miscommunication may result in the multicultural workplace. For Example, North American Whites view eye contact as a sign of honesty. In Korea, prolonged eye contact is considered as rude. In face-to-face contact, the Japanese look at neck.” In Muslim countries, women and men are not supposed to have eye contact.

Cultural Values: Values are the basic convictions that people have regarding what is right and wrong, good and bad, important or unimportant? Values determine the behavior of a person to a great extent. People learn the values from their cultures. Values of one culture are quite different from those of other cultures. Therefore, values affect communication between people from different cultures directly and indirectly.

Customs: Social customs widely vary across cultures. Misconception arises due to different interpretation at social customs. For example, European countries accept the exchange of gifts as customary; however, in Korea and Japan, gift giving is interpreted as bribery. Similarly, in Arab countries, it is impolite to give gifts to a man’s wife, but it is acceptable to give gifts to his children.

Space: Space operates as language as does time. Different cultures give different meaning to space. For example, in some courtiers like Bangladesh and America, large office space is an indicator of high status and authority. However, in many parts of the world large offices are for clerical workers and smaller ones for executives. Because thinking and planning does not require much space.

Frankness: Frankness or openness of people widely differs across cultures and has profound impact on cross-cultural communication. Frankness of people significantly influences the process of making agreement or contract between cross-cultural people. For example, North Americans are more frank and straight forward than Asians. North Americans like to discuss matters relating to agreement very quickly while Asians, especially Arab people prefer a slow process of discussion.

Religion: One of the strongest dominating socio-cultural factors is the religion. Religion shapes the attitudes of its followers toward work, consumption, individual responsibility and future thinking. People within a country exhibit diverse behavior towards work and achievement just because of different religious affiliation.

Language: Language is a primary delineator of cultural groups because it is an important means by which a society’s members communicate with others. An international manager faces significant communication problem resulting from language because words from the same language frequently vary in meaning from one country to another.

What major trends are occurring in software?