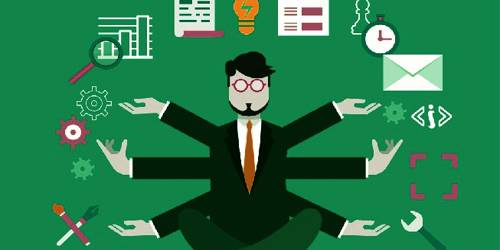 An entrepreneur is a person who creates something new and assumes the risks and rewards associated with that innovation. S/He gets profit as his reward for bearing risks. Economic development means a process of upward change whereby the real per capita income of a country increases over a long period of time. Generally, entrepreneurship refers to the functions performed by an entrepreneur in establishing an enterprise. Entrepreneurship plays an important role in the economic development of a country

There are some problems of women entrepreneurs in a developing country. These are:

(1) Women are handicapped in the current centralized wholesale market set-up controlled by men.

(2) Women due to their physical stature often encounter hood looms rowdy males, whom they find hard to tackle and are stressed to pay money on demand.

(3) Women entrepreneurs are often cheated by their male partners in trade through unscrupulous means which may turn hazardous when apt to encounter.

(4) Home-based workers lack access to inputs and services like credit, input supplies, markets and new technology that could increase their productivity.

(5) Problems in business are various. The inadequacy of capital is still the main problem and where available the high-interest rates discourage investment.

(6) Women have no legal knowledge or help in producing their industries and often fall victims threats or criminal offences.

(7) They often suffer the indignities of sexual harassment being jostled away from Prime selling spots.

(8) They are perpetually in debt to money-lenders or to wholesale suppliers who create serious problems, thus losing much of their meagre earnings in paying exorbitant weekly interest charges.

(9) Rural women do not generally own a physical asset that can be used as collateral loans, as assets are usually in the names of their male relatives.

These are some problems of women entrepreneurs in developing country.

Entrepreneurship does not emerge spontaneously – Explanation

Causes of failure of Small Business