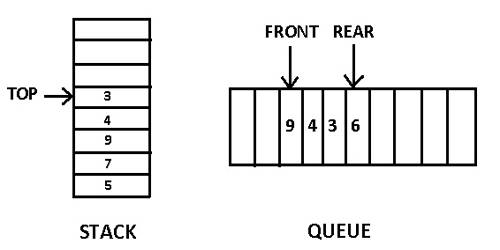 Stack and Queue both are the non-primitive data structures. A stack is one ended whereas the queue is double ended. The main difference is Stack follows LIFO mechanism on the other hand Queue follows FIFO mechanism to add and remove elements.

The differences between stack and queue are given below:

Stack – It is a linear data structure used to organize data in a particular way so that it can be used efficiently.