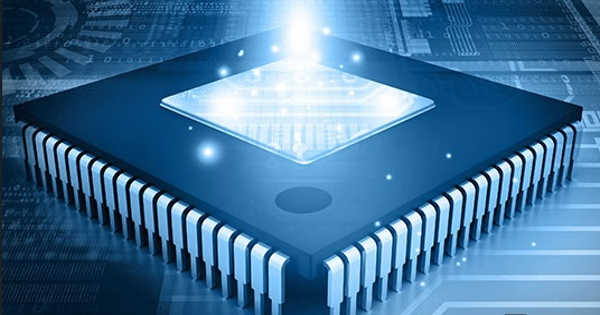 Memory is also known as primary storage, primary memory, main storage, internal storage, main memory, and RAM (Random Access Memory); in computer circles, all of these terms are used interchangeably. Memory is a component of a computer that stores data and instructions for processing. Memory is distinct from the central processing unit, despite its close association with it. Memory stores program instructions or data for only as long as the program to which they pertain is running. A group of scientists has developed a method for creating a new type of memory, a significant breakthrough in the increasingly sophisticated field of artificial intelligence.

“Quantum materials hold great promise for improving the capabilities of today’s computers,” says Andrew Kent, a physicist at New York University and one of the study’s senior investigators. “The work makes use of their properties to create a new structure for computation.”

The invention, developed in collaboration with researchers from the University of California, San Diego (UCSD) and the University of Paris-Saclay, has been published in the journal Scientific Reports. “New computational methods and devices are being developed because conventional computing has reached its limits,” says Ivan Schuller, a UCSD physicist and one of the paper’s authors. “These have the potential to revolutionize computing in ways that could one day compete with the human brain.”

A team of scientists has developed a means to create a new type of memory, marking a notable breakthrough in the increasingly sophisticated field of artificial intelligence.

In recent years, scientists have attempted to make advances in “neuromorphic computing,” a process that attempts to mimic the functionality of the human brain. Because of its human-like characteristics, it may offer more efficient and innovative approaches to data processing that are not possible with existing computational methods.

The researchers created a new device in their work for Scientific Reports, which represents significant progress in this area. To accomplish this, they created a nanoconstriction spintronic resonator that allows them to manipulate known physical properties in novel ways.

Spinelectronics is a rapidly growing research and development field that combines magnetism and electronics. It seeks to exploit the quantum property of electrons, known as spin, in order to create new functionalities and devices. Magnetic layers that serve as spin polarizers or analyzers are separated by non-magnetic layers through which spin-polarized electrons are transmitted in spintronic devices. It introduces a novel method for manipulating the magnetization of magnetic nanostructures using a spin-polarized current. Spinelectronics is used in hard disk drives and, more recently, nonvolatile standalone memories such as magnetic random access memory (MRAM).

Resonators, like the box of a string instrument, can generate and store waves of well-defined frequencies. The scientists created a new type of resonator capable of storing and processing information in the same way that synapses and neurons in the brain do. The one described in Scientific Reports combines the distinct properties of quantum materials with spintronic magnetic devices.

Spintronic devices are electronic devices that use an electron’s spin as well as its electrical charge to process information in ways that save energy while increasing storage and processing capacity over traditional approaches. A “spin torque oscillator,” which is widely used, operates at a specific frequency. When combined with a quantum material, it is possible to tune this frequency, greatly expanding its applicability.

“This is a fundamental advance with applications in computing, particularly in neuromorphic computing, where such resonators can serve as connections between computing components,” Kent says.