Home Other Discrimination against Women 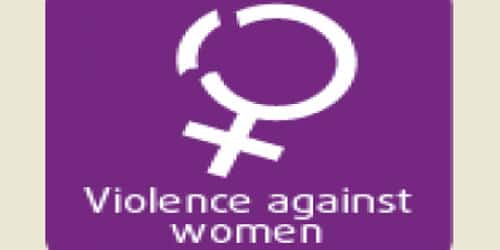 “Women represent 50 percent of the adult world population and one-third of the official labor force. They perform two-thirds of all working hours for which they receive only one-tenth of world income and own less than one percent of the world property”. Women’s rights have been abused. Domestic violence, rape, torture, physical and psychological violence against women, are common practices towards women.

In Bangladesh discrimination against women has its roots not so much in the law of the country or in the tenets of Islam as in our social customs and traditions. In fact Islam has driven women many rights. The holy Prophet Mohammad (peace be on him) said. “The seeking of knowledge is an obligation for every Muslim man and woman”. Muslim women have been given the right to own property. They inherit their father’s and husband’s property. An adult Muslim woman ran under no circumstances be married without her own consent and her husband has to make a settlement in her favor at the time of marriage. This is known as ‘Mahr’. A Muslim marriage is a civil contract between the husband and the wife which gives the husband no right to own his wife’s property. A Muslim woman acts in all matters relating to herself and her property in her own individual right without the intervention of her husband or father.

There is a law in Bangladesh that forbids the marriage of a girl before the age of eighteen; nevertheless the majority of the girls are married off before that age. Demanding dowry is also a punishable offense, yet the practice goes on unchecked. Although Islam gives the husband the option to dissolve the marriage, the act was pronounced by the Holy Prophet Mohammad (peace be on him) to be most abominable in the sight of the Lord. Women in Bangladesh are not aware of the rights which Islam and the law of the country provide for them because of their lack of education. As a result they suffer silently the inferior position to which their family and the society relegate them.

In our country the literacy rate among men is 31 percent while among women it is only 16 percent. Girls account for 37 percent of the total enrolment at the primary level, 25 percent at the secondary level, and 19 percent at the tertiary level. Out of every 100 girls between the ages of 5 and 14, half of them have never gone to school.

In Bangladesh discrimination against women lies in our social customs and tradition. In fact Islam has given women many rights. They have got the right of receiving education, right on inheritance to their father’s and husband’s property, and the right of giving consent to the marriage. Muslim women act in all her matters relating to herself and her property, in their own individual right without the intervention of her husband or father. Create laws and enforce existing laws that protect women from discrimination and violence, including rape, beatings, verbal abuse, mutilation, torture, “honor” killings, and trafficking. Women in Bangladesh are not aware of the right which Islam and the law of the country provide them because of their lack of education.

What is Stereophonic Sound?