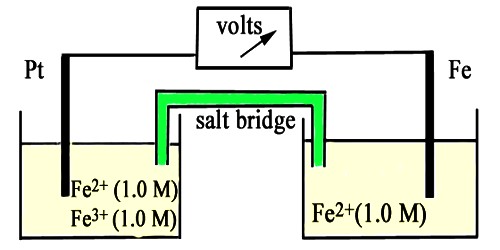 This name is generally used for electrodes in which an inert metal dips into a solution containing ions of the same element in two different oxidation states. Oxidation reduction is a type of chemical reaction in which electrons are transferred from one substance to another. The oxidized species loses electrons and the reduced species gains electrons. An example is the half-cell Pt/Fe2+, Fe3+ in which the following reaction takes place-