Home Chemistry What are the Characteristics of P-block Elements? 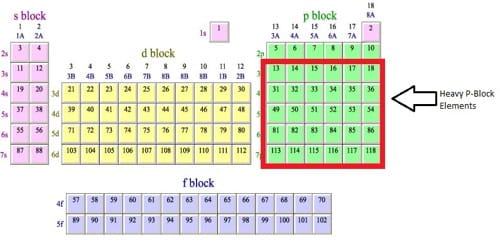 The p-block is on the right side of the periodic table and includes elements from the six columns beginning with column 3A and ending with column 8A. Helium, which is at the top of column 8A, is not included in the p-block. In the periodic table shown here, the p-block is colored orange. The atoms of elements of these groups receive their last electron in 2p, 3p, 4p, 5p,6p, and 7p orbitals. 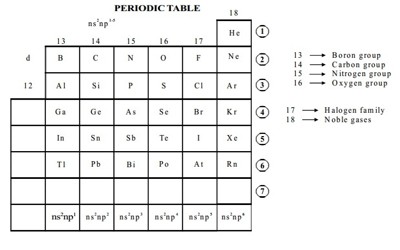 Elements in the p-block of the Periodic Table –

The elements in the p-block of the periodic table comprise a wide range of elements i.e. metals, non-metals, and metalloids. They are listed below –

What are Quantum Numbers?

Define and Describe on Noble Gases or Inert Gases