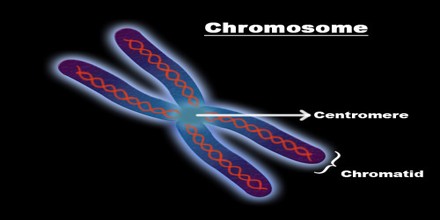 Chromosome: The chromatin fibre which is formed in coiled form in coiled form  in the nucleoplasm and breaks down into some definite number of piece, arc called chromosomes.

The self-reproducing thread like structure which is made of nucleic acid and protein from nuclear reticulum and carries the hereditary characteristics to the successive generations, playing a vital role in mutation, variation and evolution is known as chromosome.

Chromosomes are of two types, such as- 1) Autosome and 2) Sex chromosome

Autosome: The type of chromosome which determines the characteristics of any organism is called autosome. Example: 22 pairs of autosomes are present in each body cell of humans.

What do you mean by Biotechnology?