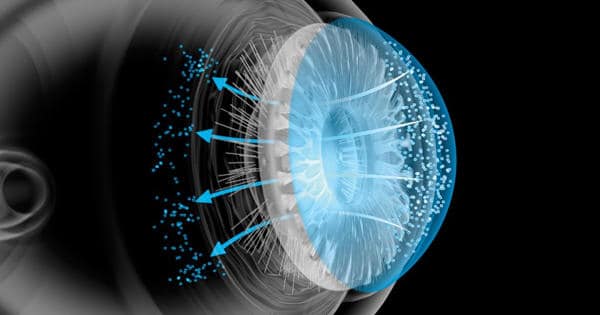 Scientists all over the world have been working to return people who are unable to move, see, or care for themselves for various reasons to self-sufficiency. One of the most significant challenges that researchers face is the ability to restore vision to the blind or visually impaired. A team of EPFL engineers has developed technology that could help the blind regain some of their vision.

Being able to restore sight to the blind sounds like something out of a fairy tale or science fiction. It has always been one of the most difficult challenges for scientists. Diego Ghezzi, the Medtronic Chair in Neuroengineering (LNE) at EPFL’s School of Engineering, has made this a research priority. He and his team have been working on a retinal implant that works with camera-equipped smart glasses and a microcomputer since 2015.

“Our system is intended to provide blind people with artificial vision by stimulating their retinal cells with electrodes,” Ghezzi explains.

A team of engineers is developing a retinal implant that works with camera-equipped smart glasses and a microcomputer.

The camera in the smart glasses captures images in the wearer’s field of vision and sends them to a microcomputer housed in one of the eyeglasses’ end-pieces. The data is converted by the microcomputer into light signals, which are sent to electrodes in the retinal implant. The electrodes then stimulate the retina, causing the wearer to see a simplified, black-and-white image. This simplified version consists of light dots that appear when retinal cells are stimulated. Wearers must, however, learn to interpret the many dots of light in order to discern shapes and objects.

“It’s like when you look at stars in the night sky — you can learn to recognize specific constellations. Blind patients would see something similar with our system,” says Ghezzi.

The system has not yet been tested on humans, which is the only drawback. The research team must first be confident in their findings. “We are not yet authorized to implant our device in human patients due to the lengthy process of obtaining medical approval. But we devised a method for testing it virtually – a sort of workaround if you will “Ghezzi explains. Engineers specifically created a virtual reality program that can simulate what patients would see with the implants. Their findings were recently published in the journal Communication Materials.

Field of vision and resolution

Vision is measured using two parameters: field of vision and resolution. As a result, the engineers evaluated their system using the same two parameters. The retinal implants they created have 10,500 electrodes, each of which generates a dot of light. “We weren’t sure if we had too many or too few electrodes. We had to find the right number so that the reproduced image didn’t become too difficult to read. The dots must be spaced far enough apart so that patients can distinguish two close together, but there must be enough of them to provide adequate image resolution “Ghezzi explains.

The engineers also had to ensure that each electrode produced a dot of light on a consistent basis. Ghezzi elaborates: “We wanted to avoid stimulating the same part of the retina with two electrodes. As a result, we performed electrophysiological tests in which we recorded the activity of retinal ganglion cells. And the findings confirmed that each electrode activates a different part of the retina.”

The next step was to see if 10,500 light dots provided sufficient resolution, which is where the virtual reality program came in. “Our simulations demonstrated that the number of dots, and thus the number of electrodes, that we chose works well. In terms of definition, using any more would not provide any real benefits to patients “Ghezzi explains.

The team has been in the pre-clinical phase for the past two years, working with surgeons to develop implanting procedures. According to the researchers, they are now ready to surgically implant the devices in test subjects to see if and how they can improve vision. According to the university, implant surgeries will begin at Rush University Medical Center in early 2021.

The engineers also ran tests with constant resolution but varying field-of-view angles. “We started at five degrees and worked our way up to 45 degrees. We discovered that the saturation point is 35 degrees; beyond that point, the object remains stable “Ghezzi explains. All of these experiments demonstrated that the system’s capacity does not require further improvement and that it is ready for clinical trials. However, the team’s technology will have to wait a little longer before it can be implanted in actual patients. For the time being, restoring vision is confined to science fiction.

Erm, Google, That’s Not How You Write Arabic