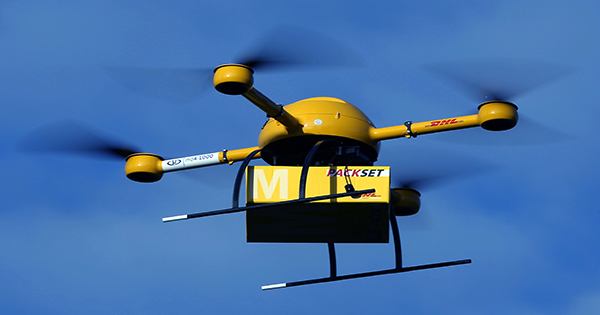 Max Tegmark, an MIT professor and the creator of the Future of Life Institute, offered some grave predictions regarding the future applications of militaristic robots in a recent interview with The Next Web, and the concepts create a dismal image of future combat.

When it comes to tiny, armed, autonomous drones and robots, Tegmark believes that after the military has finished developing “slaughterbots,” it will only be a matter of time before citizens get access to them, as they have with so many other weapons. These bots will open a doorway of cheap and practically unstoppable targeted killings on anybody they choose if they fall into the wrong hands, such as drug cartels, he warned, adding that governments must intervene now before that nightmarish scenario becomes a reality.

“If you can purchase slaughterbots for the same price as an AK-47, that’s much better for drug cartels,” Tegmark told TNW. “You’re not going to be caught anymore when you kill someone.” “It’s also a lot better at penetrating defenses.” Even if a judge has a large security force, you can assassinate them by flying in through a bedroom window while they are sleeping… In addition, it will go much further than that, because anyone who wants to rip someone off for any reason will soon be able to do it.”

Unfortunately, international leaders disagree on whether or not automated killer robots should use. The United Nations Convention on Certain Conventional Weapons held a conference in Geneva last week to discuss whether autonomous weapons with considerable human control should prohibit, but no agreement reached. Rather, they just decided to “keep talking.”

These discussions have been going on for eight years, but the stakes have risen since an autonomous armed drone chased down and probably murdered humans in the first strike of its kind in March. According to the article, a drone detected and attacked a human target during ‘Operation PEACE STORM’ (ironic, we know), diving at them and detonating onboard explosives. Imagine such weapons in civilian hands, and it is easy to see why Tegmark is concerned about the future of autonomous robots.

“The countries who are militarily powerful will be the biggest losers from this,” Tegmark concluded, “because these weapons are so inexpensive.” “Like smartphones, they’ll be small, inexpensive, and light, and they’ll be tremendously adaptable and powerful.” Legalizing super-powerful weapons of mass destruction is certainly not in these countries’ national security interests.” For the time being, the United Nations will reassemble and resume discussions in the area in the hopes of striking a deal.