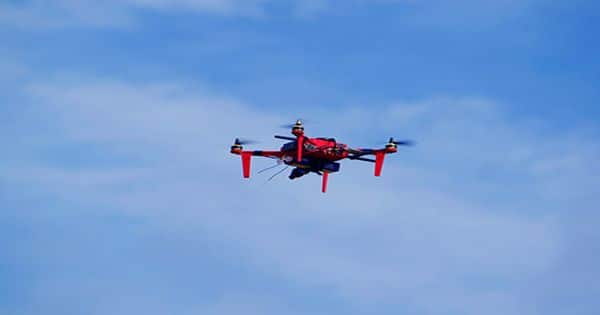 According to leaks from DroneDJ and Jasper Ellens obtained by The Verge, DJI’s upcoming Mavic 3 Pro drone could represent a significant upgrade over the previous model. It could feature a substantially longer flight time and two cameras, one with a telephoto lens and the other with a bigger Four Thirds sensor. If the rumors are true, the Mavic 3 will be much sought after by cinematographers and aerial photographers when it launches later this year.

Whereas the Mavic 2 Pro and Mavic 2 Zoom need you to pick between a bigger sensor and a 24-48mm equivalent zoom, the next model will include both. It’s said to include two cameras: a 20-megapixel, 24-mm f/2.8-f/11 primary camera with a Four Thirds sensor and a 12-megapixel, 1/2-inch sensor secondary camera with a 160mm-equivalent telephoto lens. For aerial photographers, a Four Thirds sensor would be a big help, allowing for better detail and a more cinematic image in general. Shooting in that format now necessitates a large, somewhat costly drone and, in many cases, a separate camera, such as DJI’s Zenmuse or Panasonic’s BGH1.

A second telephoto camera, on the other hand, would make it more adaptable. You won’t have to remove the battery because it supports direct USB-C charging. All of this adds a few grams to the weight of the Mavic 3 Pro, which is up from 907 grams on the Mavic 2 Pro to 920 grams on the Mavic 3 Pro. Despite the added camera and other new features, the Mavic 3 will be able to fly for 46 minutes, a significant increase over the Mavic 2’s 31 minutes.

The Mavic 3 will reportedly be available in two models: a Pro and Cine, with the latter including a built-in SSD and a “1Gbps Lightspeed Data Cable” for speedier data transfers. It will also include a new version of DJI’s display-equipped Smart Controller, which will enable for video transmission of up to 15 kilometers, up from 10 kilometers on the Mavic 2 Pro. According to both sources, the Mavic 3 Pro will cost $1,600, which is the same as the current Mavic 2 Pro. The Cine model’s price is unknown, although it could be roughly $1,000 extra – still a good deal for such a high-tech camera drone. On November 15th, both are due to arrive.

Why Does AI Keep Producing Pictures Of This (Slightly Terrifying) Woman in “Loab”?