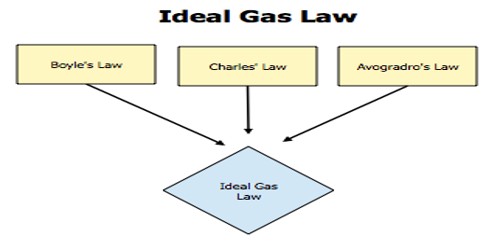 Characteristics of an ideal gas:

The gases which follow fundamental postulates of the kinetic theory of gases and at all temperatures and pressures simultaneously obey both Boyle’s law and Charles’s law are called ideal gases.

The properties of an ideal gas are:

Liquefaction of Gases – the Basic Principles