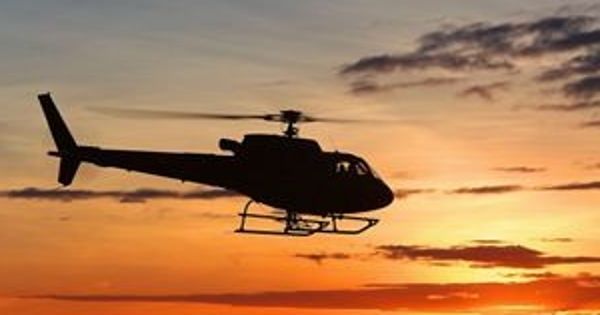 These eVTOL vehicles can assist the Army with essential tasks such as air surveillance and freight transport; however, they have smaller rotors than conventional helicopters. As a consequence, eVTOL rotors can issue a different sound signature to be taken into account by researchers.

“The noise you hear from these smaller rotors is generated through fundamentally different physical mechanisms,” said Dr. George Jacobellis, Army Research Engineer at the Vehicle Technology Division of the Laboratory. “Traditional modeling techniques need to be improved to account for all of the noise generated so that vehicle designers can be aware of what will actually be heard.”

Standard helicopter noise simulations focus primarily on predicting thickness noise and loading noise, because they constitute the dominant noise sources for large helicopters. Thickness noise stems from the displacement of the air by the rotor blades, while loading noise occurs when lift and drag forces act on the air that flows around the rotary wings. Together, they make up what experts refer to as tonal noise.

In contrast, Army researchers suspected that eVTOL rotors generate more broadband noise, which refers to sounds caused by turbulence, than tonal noise. “We didn’t know whether broadband noise was important or not, but we knew that the tonal and broadband noise scaled differently,” Jacobellis said. “We thought that as rotors became smaller there would be some point at which broadband noise would be the dominant source.”

The team verified their theory in their test report, which not only tested the acoustic properties of the different configurations of the eVTOL rotor but also evaluated the modeling capability of the helicopter noise models for the eVTOL rotor. During the field experiment, the researchers set up a test stand with two electrically driven rotors and captured the noise produced above and below the rotor plane with nine microphones mounted in a circular array around the rotor core.

For the simulations, the team used the Rotorcraft Detailed Analysis Method combined with a separate software called PSU-WOPWOP, a routine noise prediction code-named after the onomatopoeia for the vibration of the helicopter blades.

“RCAS computes the aerodynamic loads, or forces, on the blades as well as the bending and twisting of the blades,” Jacobellis said. “This information is necessary to use as inputs to PSU-WOPWOP, which computes the noise generated by the rotor. Connecting the two programs required a significant amount of work, which was done by our group as well.”

Researchers modeled the PSU-WOPWOP broadband noise using the Pegg method, one of the two configurations in the simulation software with the other called the Brooks method. Although Pegg’s method makes broadband noise projections based on experimental data for the whole rotor, Brooks’ method allows for the unusual distribution of lift around the blade.

“[These technologies] are promising in their ability to predict the noise of eVTOL rotors, but we need to do more work to obtain acceptable accuracy,” Jacobellis said. “The next steps are to implement the Brooks method for higher accuracy acoustic predictions and to compare the unsteady loads between the simulation and experiment to check the accuracy of the simulations in predicting the unsteady loads. The Brooks method should be better at capturing unique configurations and loading distributions.”

Through exploring varying values of axial spacing, Army researchers claim that they will discover a stacked rotor arrangement that creates less noise than the traditional rotor. “I do think that a stacked rotor can be beneficial for eVTOL applications,” Jacobellis said. “The added degree of freedom for the design will allow for gains in efficiency and control over the acoustic signature, which has been shown in the results. More investigation is needed, however, to quantify the noise reduction with axial spacing.”