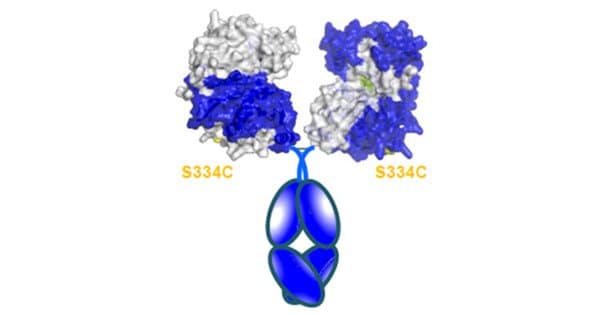 Antibiotics can help prevent anthrax in people who have been exposed but have not yet developed symptoms. Antibiotics work in two ways: they either kill anthrax or they prevent it from growing. Anthrax dies when it can no longer grow.

Anthrax-causing spores were sent through the mail to media outlets and members of Congress in the 2001 “Amerithrax” attacks, sickening at least 22 people and killing five. Antibiotic-resistant strains of bacteria are becoming increasingly problematic, and researchers are preparing to fight back. A team reporting in ACS Infectious Diseases has taken a step toward developing a therapeutic that can treat the infection in mice without the use of antibiotics.

Bacillus anthracis is a type of bacteria that can cause anthrax infection through spore exposure, which can occur through ingestion, inhalation, or a cut in the skin. The infection can cause breathing difficulties, skin ulcers, and even death. Although antibiotics are available to treat anthrax infections, resistance to these drugs can develop over time.

One type of B. anthracis, called the Ames strain, is particularly virulent because it can wrap itself in a protective capsule of poly-D-glutamic acid that acts like a cloak of invisibility, helping the bacteria evade the human immune system. A B. anthracis enzyme called CapD anchors the capsule material to the bacteria, but previous studies have reported that the enzyme can be engineered to degrade the capsule instead, making the bacteria susceptible to the immune system.

Providing mice with the engineered CapD has also been shown in studies to help treat an Ames-strain anthrax infection without the use of antibiotics. Furthermore, Patricia Legler and colleagues demonstrated that combining this version of CapD with polyethylene glycol (PEG) can help the enzyme stick around longer, increasing mouse survival. The team wanted to improve the treatment even more in this study.

The researchers added PEG and fused the CapD protein with part of a mouse antibody to increase the enzyme’s lifetime in the body and deliver a stronger punch. This resulted in the binding of two CapD enzymes, effectively doubling their capsule-binding power. The researchers created several versions of the enzyme and subjected them to numerous rounds of optimization, deleting and inserting different segments until they achieved a sequence that both retained its 3D shape and performed as expected across a wide pH range.

In a mouse model, this construct lasted longer than the previous version without the fused antibody, despite having lower activity. More research is needed, according to the researchers, to produce the ideal construct, but the findings are an important step toward a better treatment against antibiotic-resistant B. anthracis strains.