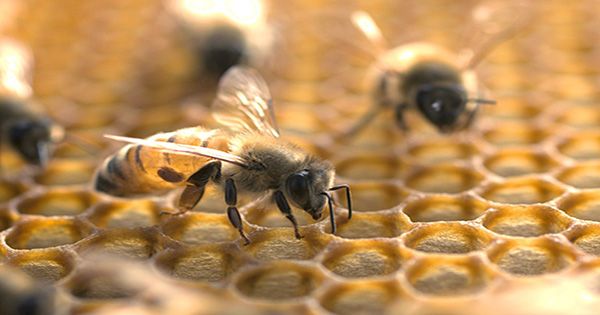 New research has shown that honey bees are catching not only pollen, but also microplastics in their rays, regardless of whether they are from urban bees or rural areas. Scientists suggest that bees can be used to assess pollution and measure airborne microplastics. It also helps to explain the prevalence of microplastics in honey. Microplastics are made from the breakdown of plastic objects and because they are so small they travel through both air and water and now bees – found everywhere, including remote areas of Antarctica.

As the bee’s furry bodies have evolved and evolved, the hairs are electrically charged while the planes are moving to help hold things in place. However, according to a study published in Total Environmental Science, about one-sixth of all particles studied on bees were microplastics.

Of these, 52 percent were fragmented and about 38 percent were fibrous. Thirteen different types of polymers have been found in bees, most of which are polyesters, mostly used as synthetic fibers, followed by polythene and polyvinyl chloride. The bees analyzed came from 19 bees and they were all worker bees, nine of the apiaries came from the center of Copenhagen and the remaining 10 came from suburban and rural locations. Urban bees were more microplastics than bees, but not much more than rural bees, indicating that large areas could be the cause of air dispersal.

The source of these microplastics is unclear. This could be beekeeping habits, such as clothing and equipment, which can leave plastic marks on clothing. Or it could be from a larger environment, as evidenced by the fact that microplastics contaminants are present in air, soil and water. Bees can raise them in multiple ways. It is quite possible that airborne fibers get stuck with flying insects. The team believes that this research can be used to better monitor environmental pollution. When bees graze, they search for areas up to 8 km from their hive.

By studying how much plastic there is on them towards the end of their lives, it will be possible to identify microplastics in the environment and where they will probably come from. Another question is how much microplastics affect bees in general and hives in particular. We know that pollinators avoid a variety of pollutants, including pesticides. The growth of microplastics in the bodies of bees can be a threat to the survival of these animals as well as other pollinators.