Home Biology The Characteristics of Phylum Chlorophyta with Example 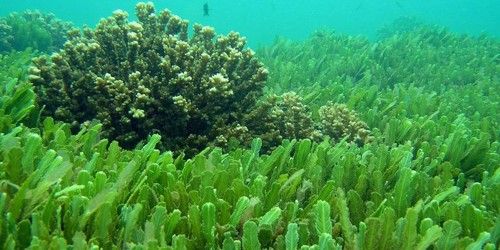 i) They are green due to the presence of chlorophyll II.

iii) Their nucleus is well organized. They have membrane-bound chloroplasts and nuclei.

iv) Their reserve food is starch. Most of the situation food reserves are starch, some fats or oils like higher plants.

v) They possess flagella as locomotory organs. They exhibit a substantial variety of difference in the form and formation of the plant body.

vi) Most of them are aquatic, but few of them are sub-aerial. Most of the grass- green algae are fresh-water forms with a few exceptions of marine species.

vii) They are vegetative, they can reproduce by an asexual method. Most Phylum Chlorophyta reproduces both sexually and asexually, like many other non-vascular plants. In asexual reproduction, there are spores and zoospores which develop directly into new plants. However, in sexual reproduction, pairs of sex cells, or gametes, fuse to produce a new plant.

Originally, Chlorophyta referred to a division within the Plantae kingdom comprising all green algae species. Green algae enclose chlorophyll that converts sunlight to starch to be stored as a food reserve within their cells. Most species have rigid cell walls made of cellulose, saccharides, and proteins.