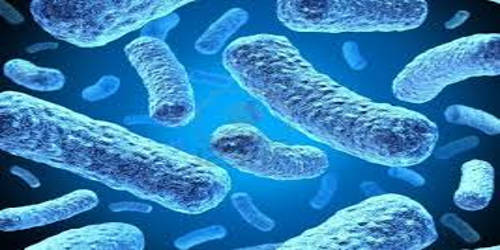 Many bacteria are harmful to human beings, plants, and other organisms, but there are also a good number of bacteria that are beneficial.

Bacteria play important roles in different fields such as agriculture, industry, etc. Some of them are mentioned below:

(1) Medicine: Extracts from bacteria are used to prepare antibiotics. Such as- Polymixin, Tyrothricin, etc.

(2) Maintenance of soil fertility: Bacteria grows in many different microenvironments and specific niches in the soil. Bacteria populations expand rapidly and the bacteria are more competitive when easily digestible simple sugars are readily available around in the rhizosphere.

(5) As a Source of Manure: Bacteria are helpful for plants. They render the soil suitable for the growth of plants. They break down dead and organic matter into humus so that plants receive essential mineral elements for growth.

(6) Carbon Cycling: Bacteria also play a major role in the carbon cycle by decomposing plant and animal matter, oxidizing carbohydrates for energy and releasing stored carbon back to the atmosphere as carbon di oxide-releasing all other critical nutrients of life in the process.

(9) Production of Vitamins: Different kinds of vitamins are produced from bacteria like riboflavin from Clostridium Butylicum, vitamin B12  from Bacillus Megatherium and vitamin Kand B-complex from Escherichia coli.

(10) Industry and Agriculture: Some bacteria are used in industries and also in Agriculture. Example:

Harmfulness: Though bacteria play an important role in agriculture, industries, and natural sanitation, etc, it has the following harmful effects:

(1) Human diseases: Bacteria cause a number of diseases in humans, such as- Typhoid, Pneumonia, etc.

(4) Spoilage of food: Spoilage of fruits, butter, milk, etc, may be caused by bacteria. Saprophytic bacteria always not only help in the decomposition of dead matters, but they also cause the rotting of vegetables, fruits, meat, bread, etc.

(5) Food Poisoning: Bacteria like Staphylococcus aureus cause food poisoning and cause people diarrhea and vomiting.

(6) Loss of at fertility: Some bacteria, convert nitrite and nitrate into nitrogen which later escapes into the air causing a loss of soil fertility.

(7) Cause of Diseases: It is known that over 90% of human diseases and over 10% of plant diseases are caused by bacteria.