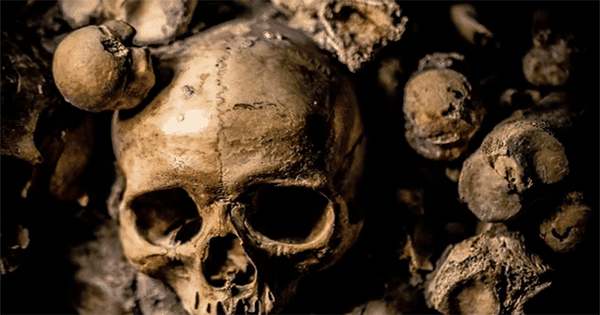 At a site in Israel, scientists have discovered the remains of the fossil skull of a previously unknown population of archaeologist Hominin – Nesar Ramla Homo. Combining both Neanderthal and archaeological features, this new group of Homo in the Levante can shake up some old assumptions about our “family tree” and shed light on the origins of Neanderthals. It has long been thought that Neanderthals – about a billion species or subspecies of archaeologists living in Eurasia about 40,000 years ago – originated and developed in Europe long before modern humans arrived.

However, recent genetic evidence has cast doubt on this notion by pointing to the existence of an unknown non-European group, which may have played a major role in the rise of Neanderthals. In two joint studies published here (here and here) in the journal Science, researchers from Tel Aviv University and the Hebrew University of Jerusalem have argued that this discovery by Nasser Ramla Homo may be a “missing link”. At a site near the town of Ramla, archaeologists discovered partial fossils of the skull of a member of the Homo dynasty, including a portion of its cranium, its jaws and some teeth, as well as a collection of animal bones.

Putting these parts together with some in-depth analysis shows that the skull belonged to an unknown member of the Homo genus who probably shared it with both Neanderthals (especially teeth and jaws) and archaeological Homo (especially skulls). They argued that it was a new group of Homo, complete with its own distinctive features and characteristics that lived in the Levant 400,000 to 120,000 years ago.

Dr Yossi Zaidner, study author from the Institute of Archaeology at the Hebrew University, said in a statement, “Archaeological excavations related to human fossils have shown that‘Nesar Ramla Homo ‘took advanced stone-tool manufacturing technology and probably contacted local Homo sapiens.” “We never thought that Homo sapiens as well as archeological Homo roamed the region so late in human history.” The group strongly believes that the Ramla Homo of Nash was probably the ancestor of other Homo species, with some members of the group migrating to Europe where they eventually evolved into Neanderthals.