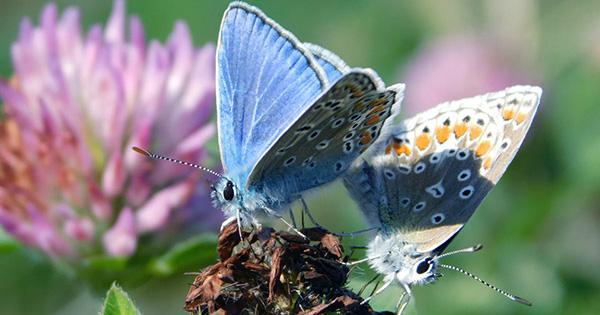 Last seen about 80 years ago, the Xerxes blue butterfly has been considered extinct ever since. Its extinction is considered to be the first of the American insect species to be caused directly by humans. But the questions have always been whether it actually started with its own species and whether it actually became extinct all those years ago.

Now, new research has confirmed the species and its extinction, believing the first human-led insect extinction theory. The study, published in the journal Biology Letters, analyzed the DNA of a 93-year-old Xerxes blue butterfly (Glockopsy Xerxes), which was part of a collection at the Chicago Field Museum. To define it as its own, unique species, and enough suspicious DNA was found, any skeptics still question whether it was the first U.S. insect extinct in human hands.

Felix Grewe, lead author and co-director of the Field’s Grainger Bioinformatics Center, in a statement, “It’s interesting to restore that what people have been thinking for almost 100 years is true, it’s a species that was driven to extinction by human activity.” Jersey blue, aptly named for its indifferent blue wings, was native to the San Francisco Peninsula and was last seen in the early 1940s, it was first identified and less than a century after it was described in 1852. It is believed that the cause of the growing urban development was enough trouble and habitat damage, eventually wiping the butterflies for good.

Starting from the similarity of the species and the confusion surrounding its extinction to another very species, known as silver-blue according to Carrie Moreau, a research author, and entomologist at Cornell University, the two species share many traits, leading some to believe that Xerxes blue was an isolated population of this vast species. Luckily, he had an extensive collection of Xerxes blue in the Field Museum to help Mariu’s suspects prove they wrong. DNA was extracted and analyzed at the end of the “nerve-working” process of collecting samples from the abdomen of a butterfly collected in 1928. Although DNA is an infamous stable molecule, it does not degrade over time.