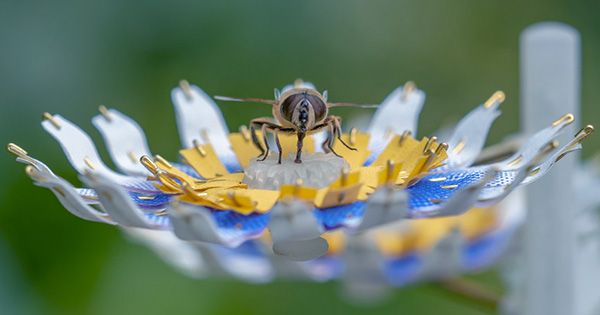 From Alaska to California a plant frequently bugs and swamps have taken refuge in a deadly mystery. In order to tolerate the poor state of nutrition, it has been developed to trap insects in sticky hairs that cover its flower stalks, binding their carcasses to nitrogen. Triantha occidentalis, as it is known to botanical people, is the 12th distinct evolution of carnivorous food in plants. This discovery, published in PNAS, helps the only member of the Alismatales Order to receive nutrition in this way.

The order consists mainly of aquatic flowering plants that live in habitats that are rich in moisture but lack nutrients. What sets this plant apart from its fellow bloodthirsty comrades is that it keeps its killer weapon close to its junk, so if you catch our drift, you have to strike a balance between feeding and mating. However, it seems t.

Co-author Tom Givnish, a University of Wisconsin-Madison professor of botany, in a statement, “We believe that Triantha occidentalis is able to do this because its glandular hairs are not very sticky, and it can only trap medium and other small insects, so that many large and powerful bees and butterflies that act as its pollinators are not caught.” Doubts have been raised about the diet of T-occidentalis after genomic studies revealed it was missing a gene that is often absent in carnivorous plants.

Moreover, it was known for preventing insects and the poor condition of its favorable hangouts, leading researchers to believe that it could be the next botanical carnivore. “Only in habitats where nutrients and nutrients are limited, would you expect carnivores to be an advantage,” Givnish said. To confirm their suspicions, TT fed TK. The analysis showed that the trees were actually eating flies, and the researchers calculated with the help of models that the plant probably derived about 64% of its nitrogen from carnivores.

So, we know that plants eat insects, but how does it eat them? After an insect is trapped in its sticky hair, T. occidentalis releases an enzyme called phosphorous which directly breaks down the prey. This frees the plant of delicious phosphorus-carrying nutrients for feeding, without the need for germs that other carnivorous plants rely on to liquefy their food.