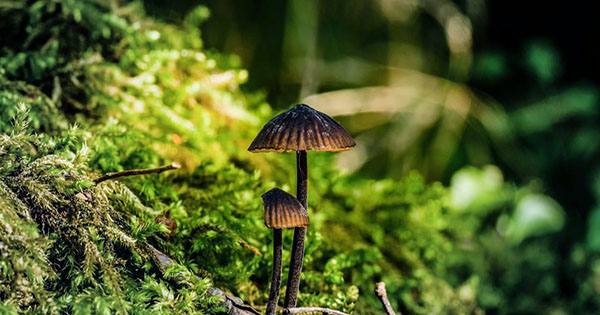 According to a new study published in the journal Bioengineered, large amounts of psilocybin – the hallucinogenic chemical found in magic mushrooms – can be created in a primitive “homebrew style environment” that doesn’t even need to be sterilized. While recreational users will still be able to access psilocybin (shroomshine?) by growing or hunting mushrooms, the development of moonshine psilocybin (shroomshine?) may allow for the synthesis of massive quantities of the substance for therapeutic application. Psilocybin’s medicinal potential has been hinted at in a slew of recent studies, primarily as a treatment for depression and other mental health conditions. Due to the long manufacturing process and considerable product variability, growing and harvesting magic mushrooms is not regarded as an economically viable means of addressing therapeutic demand.

As a result, scientists have spent the last few years developing genetically modified bacteria that quickly and cheaply produce psilocybin. Researchers said last year that they had successfully synthesized the chemical using yeast, however, the process’s complexity and cost left potential for improvement.

Using a genetically altered strain of E. coli bacteria, the authors of the new study claim to have devised an exceedingly cheap technique of manufacturing psilocybin, based on prior work. The researchers initially put magic mushroom genes that code for psilocybin production into the microbe’s genome before setting up their own home lab to synthesize the substance.

The E. coli cultures were placed in two bottles, which were then placed in a water tub with an aquarium air pump and plastic tubes to aerate it. The water temperature was kept at 37 degrees Celsius (98.6 degrees Fahrenheit), and the bottles’ tops were covered with aluminum foil. The researchers first made care to sanitize all of their equipment before using it and discovered that failing to do so resulted in decreased psilocybin yields. They eventually discovered that by adding a kind of penicillin to the mix, they could overcome this deficiency and eliminate the requirement for sterilization.

“We effectively synthesized around 300 mg/L of psilocybin under simple circumstances with easily sourced equipment and supplies in less than [two] days,” the study authors wrote. “This research shows that psilocybin production at concentrations in the 100s of mg/L is conceivable even when sterile protocols and equipment typical of a research laboratory environment are ignored.”

After accomplishing this feat, they go on to explain why the components used must be regulated in order to avoid unlicensed psilocybin production. They propose that the microorganism itself be subject to severe restrictions and regulations, given that the modified strain of E. coli is rather easy to obtain from particular laboratories.

At the same time, they acknowledge the legal complexities of this technique, as the bacteria do not contain any psilocybin and hence should not consider illegal. As a result, they propose that regulating a chemical called 4-hydroxy indole, which must be given to the bacterial culture in order to enhance psilocybin production, maybe more suited.

Whatever steps are taken to prevent people from setting up their own psilocybin labs à la Breaking Bad, the study authors believe it’s critical not to stifle the production of this fascinating psychedelic for clinical use, and that their “homebrew” method could help make the drug more widely available for suitable patients.