Home Biology Annoyed Octopuses Pelt Each Other with Debris 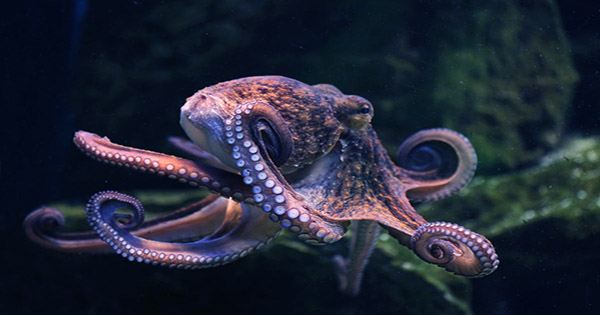 After being witnessed hitting fish for no apparent reason, octopuses have now been recorded hurling debris at each other in an apparent demonstration of annoyance. Researchers say that the animals’ proclivity to direct projectiles at specific individuals reveals their remarkable intelligence and intricate social dynamics in an as-yet un-peer-reviewed paper.

Off the coast of Australia in 2015, the furious outbursts were captured on camera. Researchers were initially unsure if the throws were planned or unintentional, but a more thorough investigation has left the study authors with little doubt, according to New Scientist.

The authors explain that “Wild octopuses at an Australian site routinely drive shells, silt, and algae through the water by releasing these materials from their arms while forming a strong jet from the siphon held beneath the armed web.”

“These ‘throws’ happen in a variety of situations, including interactions with conspecifics, and material hurled in these situations commonly strikes other octopuses.”

The researchers even saw an octopus use its tentacle to hurl a shell like a frisbee, resulting in a direct strike on another individual on one occasion. Ouch.

Overall, females appear to be more likely to hurl objects towards others, with the researchers reporting only 11 male tosses compared to 90 female throws. These acts of aggressiveness appear to be a response to harassment or obnoxious behavior from others in many circumstances. One female, for example, was seen throwing silt ten times at a male who tried to mate with her repeatedly.

Octopuses have been recorded tossing debris when cleaning their dens or discarding food in the past, leading the researchers to wonder if these direct impacts were simply an accident.

They soon found, however, that the animals’ behavior changed when they were attacking other octopuses, showing that the projectile attacks were truly planned.

Octopuses, for example, usually use their front tentacles to capture items before expelling them from their burrows, but they have been observed utilizing their side tentacles and shifting their body position to aim missiles at other people. Some octopuses even appeared to predict the throws and attempted to duck, implying that they were aware of what was about to happen.

At other times, though, octopuses appeared to vent their frustration by launching items into empty space. After a female rebuffed his sexual approaches, one man was seen throwing a shell in a random direction, altering his color, and accelerating his respiration.

Increasing the Availability of Sugar for the Production of Oil